Not only does this decentralisation allow the company to offer rebuild and refurbishing facilities to smaller operators — another potential growth area — it also allows Long-Airdox to offer existing equipment to non-coal markets, such as potash mines in Belarus or metal mines in Africa. “We offer the same product, the same core technologies, and with very little changes generally we can look at different minerals, in non-coal sectors, and grow that part of our business so that we can iron out any peaks and troughs,” Menzies said.

The same manufacturing facilities can be used to offer scaled-back versions of equipment to the important emerging markets such as Eastern Europe, China and India. According to Menzies, these markets buy far more equipment than developed markets purchase in a year. India, for example, plans to double coal production in 10 years mostly for domestic consumption of electricity.

“For a company such as us there are tremendous opportunities in terms of who is supplying equipment and technology to these markets,” he said.

The strategy in these markets is to offer similar equipment to what is used in developed markets, but with lower-level technology. In other words, with fewer bells and whistles.

It is a strategy that has paid dividends in the past, most recently in China where Long-Airdox has had success supplying modular coal preparation plants (MCPPs). Originally developed for the Australian market, the equipment comes in modular form, is cheaper than conventional plant infrastructure and offers efficient coal processing performance. Each module washes 300 tonnes per hour, making the system ideal for many low-capital, low-tonnage Chinese operations. Though the Australian market has been somewhat slow on the uptake Long-Airdox Australia anticipates growing interest from local producers.

Despite the growing importance of emerging markets and increasing product diversification, Long-Airdox remains closely focussed on the key American and Australian markets. The criticism of a few years ago, that Long-Airdox had too wide a product spread, was noted by the company and Menzies said a lot of time was spent identifying core products and sectors, work which was accompanied by substantial R&D and product development.

To June 1999, Long-Airdox Australia contributed about $60 million in sales to the global group. Menzies said the Australian operations remained highly ranked strategically in terms of market share, percentage of output and benchmarking of performance. “Some of what we’ve learned in Australia we’re now taking to other markets such as the US, particularly the approach to the customer, customer support and technical innovations such as automation.”

With the company’s international diversification has come a raft of new challenges, including management and communication. Menzies travels prodigiously, meeting staff, now totalling 1840 worldwide, in the various international locations at least quarterly.

“The market places we have at the moment are fairly short term. There’s a lot of uncertainty about how they are going to fall out. I think that drives us and our management group to try and be more responsive, to try and get ahead of the curves. The flexibility we’ve built into the business is helping us.”

Pentium is expected to utilise the drill rig and associated ancillary equipment already on site. 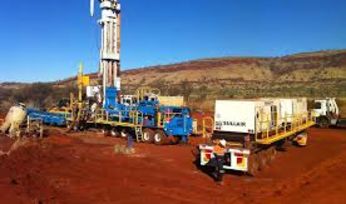 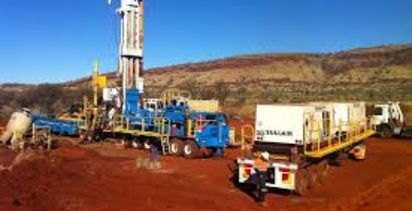