The decision to specialise in coal and not diversify into other resources has paid dividends to Brisbane-based engineering company Sedgman. The company today is one of the major engineering providers in the specialised niche area of coal preparation plants and surface infrastructure in Australia. Over the last ten years Sedgman has established a significant international presence with growth anchored in the US, Indonesia and Colombia. Roughly half of the company's annual turnover of $80 million derives from US contracts.

Cultural differences between Australia and the US are the main reason behind the significant contribution of the American contracts to revenues, said Sedgman executive chairman, Russell Kempnich. Engineering contracts in that country tend to be more direct hard money contracts, whereas Australian coal mining companies continue to retain a strong involvement in the engineering and design of their projects. Kempnich believes this difference is because deployment of capital differs in Australia and the US, largely because Australia is predominantly an export market.

"When you're in the seaborne traded market, the highest value-added market in the world, you apply your capital in a different way to [the way you would] in a domestic market. The industry in Australia has grown up being engineered for the long-term. The US market is driven by the domestic market where there is more susceptibility to competition and to mines opening and closing," Kempnich said.

While coal preparation and "the black box of the wash-plant" was Sedgman's area of historic expertise and core intellectual property, the expansion into surface infrastructure has become an area of important growth and expansion.

"We now offer a full engineering, design, construct, operate service for the coal industry, from dump station to load-out," Kempnich said. "A good example is Shell's Moranbah North project where we engineered the total surface facilities: the access roads, the sewerage, the water, car-park, admin building."

Kempnich predicts that the Shell-type approach - where the mining company engineers and manages their own projects - is a dying mode in Australia.

"The industry will move more towards direct hard money contracts, which is the case in the US. There, Sedgman is predominantly a construction company with turnkey responsibility and less focus on engineering."

In recent years, the company has taken on more contracts that are structured similarly to US contracts, with Sedgman taking turnkey responsibility for entire projects. At Peabody's 8 million tonne per annum Bengalla mine in central NSW, Sedgman engineered the project, procured raw materials and managed the construction on an EPCM basis. Similarly, the Coppabella mine of Australian Premium Coals in Queensland was built, engineered and designed by Sedgman under a hard money contract.

Kempnich is eager to point out that the two modes of operating are not easily transplantable from country to country.

"A company like Sedgman could no sooner take their Australian way of doing business and transplant it into the US and vice versa. Now that we are working with more international coal companies, there is a cross fertilization between the two markets. We are taking the strengths from both markets and both approaches. At the same time we need to understand the economies in the US market and the long-term view of Australian producers."

Unlike other engineering and contracting companies, Sedgman does not take equity in coal mines - "we do not want to become competitors to the market we're supplying," said Kempnich - preferring rather to invest a limited amount of capital in build, own, operate, transfer projects. A typical arrangement may see Sedgman finance and operate a coal prep plant for 3-5 years during which time the capital investment is amortized. Ownership then transfers to the coal mine owner.

For Kempnich, the mature Australian and US coal markets will continue to see growth and will thus continue to be an important market for Sedgman. In Australia

one area of potential growth is in the strategic application of capital. Getting the most out of existing plants for example is an area that Sedgman is increasingly developing locally.

The company is also pursuing work in developing markets such as India and Indonesia, where several projects are nearing finalisation. 'Blue-sky' markets are Latin America, particularly Colombia and Venezuela which are expected to become major players into Europe.

the Chinese attitude of "buy one, copy ten" still prevailed. Kempnich said he has seen copies of German jigs in China where even the castings were duplicated.

"Every piece of technology put into China has been extensively copied," Kempnich said "but the synergies of the design are not understood. The Chinese are finding now that the copy mentality doesn't work. It is hard for us to foresee a long-term business for a company [like Sedgman] whose sole asset is its intellectual property."

"Our strategy for China is to find the appropriate joint venture partner to protect our intellectual property and to have a long-term business there." 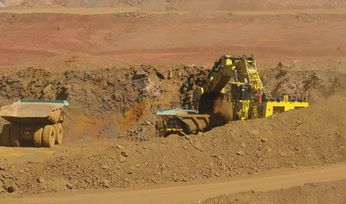 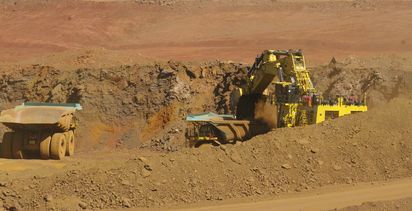