US Steel, the largest integrated steelmaker in the US, warned in November that financial results in the fourth quarter would be depressed because of problems at two of its coal mines.

US Steel declared "force majeure" provisions over their coal-supply contracts. The company’s Oak Grove mine in Alabama and Pinnacle No. 50 mine in West Virginia recently had geological problems which have disrupted coal production. These conditions, including weak roof conditions, may persist for some time and may required the relocation of the longwalls. The company told customers that major forces akin to an act of God have made them unable to fulfill their contracts.

The production delays will cause U.S. Steel Group's fourth-quarter pre-tax coal revenues to decline by $US10 million to $US20 million from the same period in 1999. In the previous year’s fourth quarter, the group earned $US34 million.

The disruption is expected to have only a minor impact on the US domestic steel industry, which is operating at about 75% of capacity, analysts said. 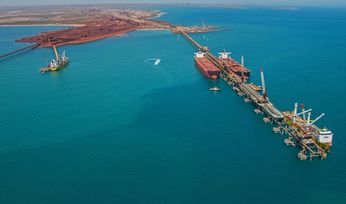