Industry decides to get serious about research

There is a flipside, however, and that is that longwalls are becoming progressively harder to maintain as satisfactory working environments for underground workers.

As longwall productivity increases so too does the amount of generated noise, dust and potential gas emissions, along with the risk to health and safety.

The solution in the past with dust and gas was to boost airflow but there comes a point where “dilution is not the solution to pollution”. Some operations in the United States reportedly overcome dust problems by rotating longwall crews depending on the length of exposure to dust.

One obvious solution is to remove workers from the longwall environment and simultaneously achieve more consistent, reliable and safe production.

The panacea of having a mine without operators is a fool’s dream, according to some observers. The cost of removing all workers from the pit is well beyond current technology, but the quest to remove men from the harshest underground environments — near the cutting operations — is a good call.

The Australian Coal Association Research Program (ACARP) has identified the automation of the longwall system as an ideal target for research and development, recently designating this a potential ACARP Landmark Project. Such a project would require substantial funding over several years to effect a significant change to the way walls are run. A Longwall Automation Steering Committee (LASC) boasting significant industry experience has been appointed to drive the project.

In this initial stage of the project, the main goal of the committee is to conduct a scoping study in order to ascertain current levels of knowledge and determine the scope, benefits, limitations and potential costs of a full-blown project.

The steering committee has a limited budget to formulate the proposal for the consideration of the industry through the ACARP Research Committee. LASC believes the full proposal should be ready for industry scrutiny by early 2001.

Chairman Mitchell said the committee would seek the active engagement of the industry. “The steering committee is keen to take the identified objectives of the study back to the industry and seek comment and feedback,” he said. “The initial stage, which encompasses the proposal to proceed with the project, will go on for several months. The steering committee is intent on doing a lot of communication with industry participants, including mines, companies, OEMs and research organisations.”

The committee is yet to finalise the science and engineering providers that are to carry out the work. In October, the CSIRO exploration and mining division and the CMTE will make introductory presentations to LASC as a prelude to the selection of the science providers. OEMs will play a vital role in the development of the project and major longwall suppliers, Long-Airdox, Joy Mining and DBT, have already made presentations to LASC on the current status of longwall automation in their equipment. Mitsui and Eickhoff will be submitting written presentations.

Not surprisingly, the push towards automation has left some OEMs anxious about intellectual property and ownership of technological advances. A positive spin-off is that the industry’s commitment of effort and funding has clearly shown OEMs that longwall miners are not prepared to wait for suppliers to drive automation.

According to an ACARP spokesperson, it would be a mistake to judge the success of such a huge and ambitious project by the outcome of final and complete longwall automation. “We expect wins along the way and to achieve step by step improvements to safety, production and operating costs,” he said.

Mitchell said the committee had undertaken to provide the online weekly news service, International Longwall News, with monthly updates on the progress of the study once the project commences.

* This article first appeared in the September 2000 edition of Australia's Longwalls.

TiME to get serious about the future 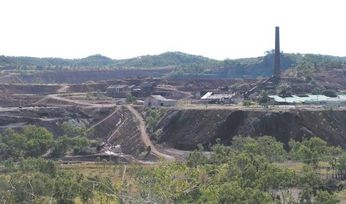 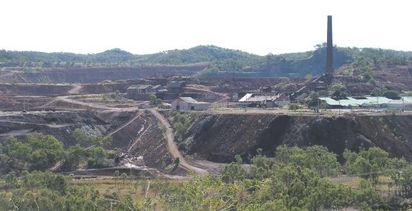