LEIGHTON subsidiary Thiess has been awarded a $100 million contract to operate the Southland longwall mine on behalf of owner Gympie Gold.

Mining at the Hunter Valley mine stopped in January when previous contractor Colrok went into administration.

The heads of agreement signed in early March between Southland and Thiess includes certain performance guarantees. Thiess will develop and produce coal from longwall panels SL2 and SL3 on a guaranteed maximum cost basis, using an agreed schedule of rates per metre development advance and per tonne of run-of-mine production. Thiess is also guaranteeing production of approximately 3 million tonnes coal over the 24 months beginning April 2001.

The next phase of the agreement will be the finalisation of an additional eight year operating agreement based on alliance contracting principles that focuses on ongoing competitive costs.

Thiess’s immediate challenge at Southland is to raise the standards of housekeeping, particularly in the roadways and to carry out remedial work to plant items.

In the currently developed SL2 panel, Colrok had begun implementing the Advance Retreating Method (ARM), a combination of conventional retreating and advancing methods, to reduce working capital. Mining had advanced around 40m before operations stopped and Thiess said it would complete mining SL2 using the ARM approach but will then revert to more conventional retreat methods. Thiess said it was concerned that over the longer-term the ARM method was potentially more expensive, as well as being quite complex.

Gympie has forecast total outlays of around $150 million to get the mine going again, which includes $100 million for Thiess’ share of the initial two-year contract. Around $12 million will be spent on the washery, $10 million on other capital costs and around $28 million on transport, logistics, port and finances, according to Gympie Gold managing director, Harry Adams.

“While not underestimating the work ahead, we believe Southland is now on the right track with a committed operator, lower costs of production and higher coal prices. Southland is a great coal deposit and can now achieve its full potential to supply Greta Seam coking coal for the next 30 years or more.”

“After reviewing all tenders, the commitments made by Thiess and the prospect of our long term relationship are clearly in the best interests of all stakeholders." 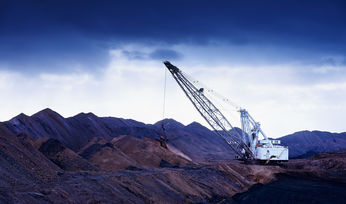