THIRTY of the world's largest miners, including BHP Billiton, Rio Tinto and WMC, are betting their collective futures will ride on the new, politically correct, quadruple bottomline. (Published in Australia's Mining Monthly).

To show the world they mean business they have hired Jay Hair, one of the United States' most influential environmentalists, to champion the benefits of dramatically shifting their corporate priorities towards sustainable development and to convince the rest of the industry to climb on the bandwagon.

The quadruple bottom line started as the triple bottom line; judging companies by their social and environmental performances as well as shareholder returns. Corporate governance graduated this year as another measure of company's performance due to investor concern after the fallout of the Enron affair.

Long seen as public enemy number one by many in America's mining industry, Hair was appointed secretary general of the new London-based International Council for Mining and Metals in October. Described as the mining industry's new pin-up boy, the world's mining conglomerates are hoping Hair can put a new spin on things.

Born out of the Global Mining Initiative, established in 1998 by Anglo American, BHP Billiton, Codelco, Newmont, Noranda, Phelps Dodge, Placer Dome, Rio Tinto and WMC, the ICMM has a mandate to become the global voice of the world's mining and metals industries.

The 12 companies driving the ICMM have adopted a by-law whereby the company's representative on the council must be the chief executive of the company, ensuring companies move in response to initiatives. Each company is paying $1.5 million in annual fees and all members are capped at above US$3 billion. Many of the world's mining and metal associations are also now signing up as associate members.

While shareholder returns continues to dominate the agenda in Australian boardrooms, in America there is a different story emerging. Shareholders are increasingly demanding companies are rated by the quadruple bottom line. Hair said massive funds such as the Californian Public Employees Retirement Investment System (Calpers), which had US$151 billion to invest, were determining investment opportunities based on a number of fronts including shareholder return, environmental and social performance, and good corporate governance. Calpers recently withdrew investment from Indonesia, Malaysia, the Philippines and Thailand based on concerns about governance.

Mining stalwarts such as WMC's Hugh Morgan have for a long time realised that years of bad publicity would soon start eating into the corporate bottomline. Speaking at a conference in Perth two years ago, Morgan declared that the mining industry needed to better prepare itself after its poor showing at the Rio Earth Summit in 1992.

"We were not at Rio," Morgan said in Perth. "We woke and were very surprised by the outcomes of Rio. We feel that we have being going backwards, backwards financially and backwards in terms of public acceptance. Bluntly we are often not trusted."

The next World Trade Summit in Johannesburg in September will mark the 10th anniversary of Rio, where the world's governments committed to cutting greenhouse gas emissions by 2010 in a potentially life threatening move for the resources industries.

The ICMM is currently meeting in Toronto, Canada to form its policy contribution to the Johannesburg conference. Hair told Australia's Mining Monthly Toronto would refine the council's message and Johannesburg would mark the launch of the new look mining industry body.

Unless it changed, mining's reputation in the eyes of the public would continue to decline.

"The average person on the street has a very negative image of mining," Hair said. "It is a combination of growing unhappiness, and in many cases legitimately so, about the past environmental practices of the mining industry and the serious legacy issues of abandoned and orphan mines.

"I tell folks if you are going to sail into your future you can't be anchored in the past."

"Everyone knows mining is not sustainable," Hair said. "And they're right.

"But if rents from extractive industries were properly allocated by democratic governments to meet broad needs, then you can put in place infrastructure around which you have a base for other economic activities, perhaps totally unrelated to mining."

Hair said mining and minerals had a long history of underpinning economic development, driving technological advances and often in many cases providing the only route to alleviating poverty in countries such as Latin America, Indonesia and Africa. However, the industry's poor reputation for environmental disaster, conflict with communities and its inability to communicate its own progress had overshadowed any positive developments.

"To put it bluntly its [the mining industry's] license to operate is under threat," Hair said. 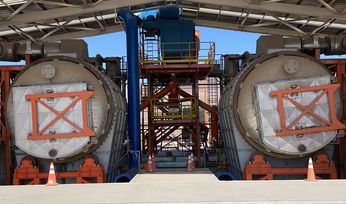 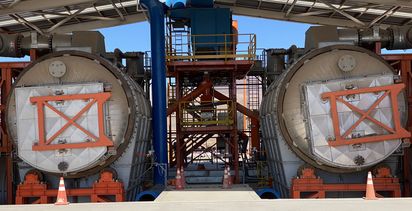