SETCO Australia lays claim to fitting tyre assemblies to more than 100 pieces of original mining equipment in Australia over the past decade, and to having its tyres involved in hundreds of longwall moves. 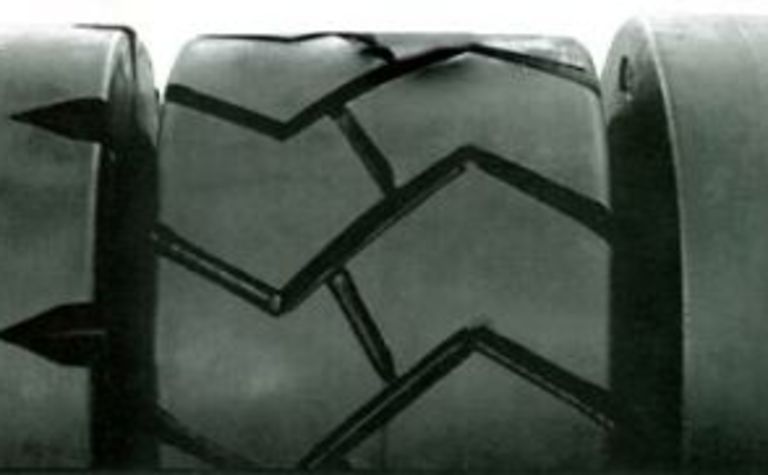 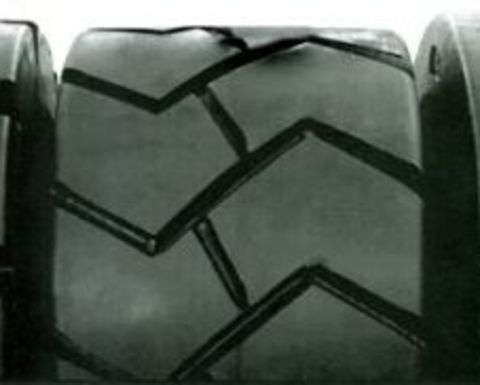 Expanding on its product base, the company recently released a new product onto the market which has received a favourable response to date.

The solid rubber wheel assembly with super traction tread was recently adopted by Rio Tinto’s Kestrel mine for a skid steer loader. The 1845C Case loader has been doing clean-up work around the belts, fully utilising the traction and pneumatic ride qualities of the new tyres.

“This solid rubber wheel assembly has the most aggressive tread pattern that I have seen on any tyre,” said Setco sales manager Peter Farrell.

He said the new soft ride tyre was made from a dual rubber compound that was as tough as a normal solid tyre, but offered a much softer ride. The super traction tread wheels are available in soft ride, or the new air ride compound.

“With the air ride compound, we add air holes through the softer durometer rubber (the centre) to increase the deflection of the rubber, to give the tyre an air ride (or pneumatic) feel, with all the advantages of being solid rubber,” Farrell said.

Farrell said on initial purchase price, the solid rubber wheel assemblies were normally the most expensive wheel in Australia. But they were of the highest quality and due to the construction of the wheels, would exceed the life of foam-filled tyres. Costs could be lowered through Setco’s rebuild/exchange program.

Despite the initial outlay, Setco guaranteed delivering the lowest cost per hour, Farrell said. “We have applications around the world, including Australia, where Setco solid rubber wheel assemblies outlast foam-filled tyres by more than 10 times,” he said.

In the past year Setco has diversified into the Chinese market, supplying about 30 tyres to Shaanxi province mines. The tyres are supplied either direct to mines or fitted to DBT Diesel transport equipment. Published in Australia's Longwalls, September edition.