A METAMORPHOSIS has taken place at Centennials Newstan mine where a focus on development systems has doubled development rates and a change in longwall design, layout and process capacity has produced a series of performance records. 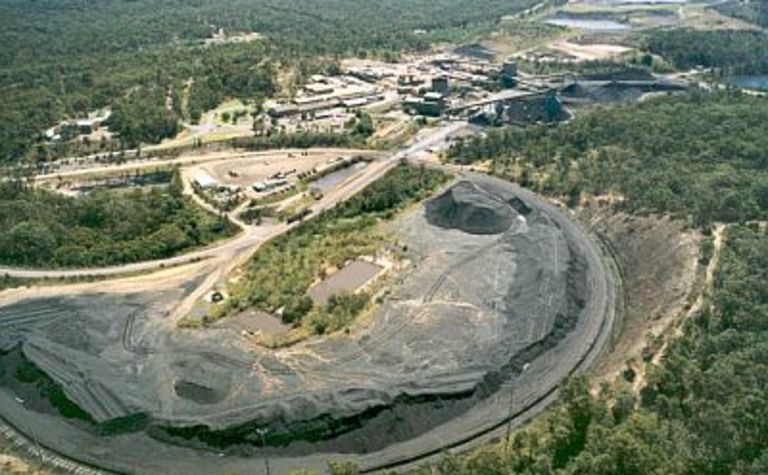 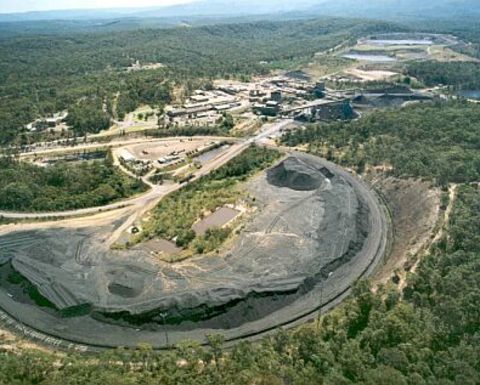 Located on the western side of Lake Macquarie and approximately 4.5 kilometres northwest of Toronto in New South Wales, Newstan extracts from the West Borehole seam, ranging in height from three to four metres.

A number of initiatives progressively implemented over the past few years have resulted in new records for the mine, where Run Of Mine (ROM) production for 2002/03 was 3.227 million tonnes and tonnes per man-year were boosted by 10%.

One initiative to achieve continuity with increased block sizes was the introduction of the VA Eimco ABM20, which doubled development rates from seven metres per shift to 15 metres per shift.

The first ABM20 was introduced in November 2002 but only commenced regular gateroad development in late January 2003. The second machine was introduced in July 2003. Both machines are hired and will be replaced with the purchase of Eimcoâs new generation ABM25âs during the second half of 2003.

Total development for the mine in 2002/03 was 12.2 kilometres with three development units operating. Due to the current travelling distance, Newstan operates 10 hour shifts over 2 rosters. These shifts achieve 8 hours face time. The main roster operates Monday to Thursday followed by a weekend roster with limited operations from Friday to Monday.

A roof fall in Maingate 21 development caused some delays in this panel during December 2002. An ABM20 was subsequently introduced and handled the localised ground conditions well due to the significantly increased development rates, LW21 was developed in time to maintain production continuity. Operating in a two heading gateroad, this machine produces on 11 x 10 hour unit shifts per week and averaged 15 metres per shift, or 160 metres per week. Peaks of over 200m per week were achieved.

The third unit operates a Joy 12CM30 working in a two heading gateroad. In September 2003 this machine will be replaced by a VA Eimco ABM25. The second ABM25 will arrive in November and replace one of the hire ABM20âs.

Myors predicted the introduction of the ABM25âs would deliver consistently higher development rates, ensuring the scheduled commencement of longwall 22 in late 2004. Longwall 22 is the first longwall oriented in a new direction and contains more than four million tonnes. Previous blocks have been less than 3 million tonnes.

To ensure continuity for longwall 22, Newstan recently commenced additional weekend development in the critical path unit using contractors UGM. Myors said rates would be monitored and the contractors would finish when sufficient float was achieved.

Newstan relies on internal audits and input from external experts for its roof support management plan. The plan has been based on a minimum support pattern that is increased according to certain triggers such as faults and changes in roof lithology. An extensive monitoring program has also been employed to check the integrity of the system.

Playing a part in Newstanâs revival has been a change in longwall design and layout, where longwall blocks have become progressively longer in recent years. Longwall 20, currently being extracted, is 217m wide x 2350m long x 3.6m high (2.68 million tonnes). This compares with LW15, which contained about 1.3 million tonnes. Future panels contain up to 4 million tonnes per block with LW22 containing 4.32 million tonnes.

A concerted effort through upgrades and the purchase of new components has boosted longwall capacity, with production now consistently greater than 5000 tonnes per shift. Prior to Longwall 20, output was limited by the stageloader, which had become a bottleneck due to its width of 1064mm. During the block 19 to 20 relocation in January 2003, the stageloader was widened to 1200mm and the motor upgraded to 300kw. The crusher motor was also increased from 150 to 300kw.

These improvements now mean that the crusher and stage loader match the capacity of the AFC and allow increased shearer cutting speed from four to six metres per minute. Another improvement carried out at the time was the installation of a new Rielloc 34mm twin board AFC chain.

All these upgrades mean a more reliable system, with individual components having capacities that are now more closely matched.