COAL and gold miner Gympie Gold has confirmed media speculation, today announcing it would raise $25 million through the issue of 50 million 50 cents shares to trade on both the Australian Stock Exchange and London's Alternative Investment Market.

Company chairman Michael Darling told shareholders at the annual general meeting today that the $25 million would be used to meet increased working capital requirements as the company attempts to further lift production at its Southland colliery and develop its gold operations in Queensland.

The company's shares have been on a trading halt since last week pending the release of details of the capital raising.

Of the 50 million shares on offer, 30 million have been placed with institutions in the United Kingdom, underwritten by the company's new UK broker Numis Securities.

Southern Cross Equities and Wilson HTM are the Australian brokers for the issue.

Gympie's existing authority to issue shares is limited to 28.5 million so the company intends to issue the 50 million shares in two tranches, 28.5 million on December 1 and 21.5 million in early January.

The company has already made applications for the first tranche of shares to begin trading on both the ASX and AIM in the first week of December.

After the issue has been completed Gympie's ordinary share capital will increase to 256.7 million.

Darling said the company has already begun to focus on several expansion projects at Southland, including a new openpit to mine 2 million tonnes of coal close to existing infrastructure.

He said a larger opportunity for the company is the feasibility study, which the company began last month, into the use of thick seam extraction technology at Southland.

The once troubled Southland colliery is on track to achieve production of 2.1 million tonnes for the financial year.

As for the company's gold operations, Darling said part of the capital raising would be used to pick up the level of surface exploration at Gympie Eldorado.

Production at Eldorado is expected to reach 50,000oz in the coming year with the outlook for following years around 40,000oz based on current known reserves.

Darling said in the past year the company has been able to extend the potential length of the field a further 20km to the south, where the company wants to conduct wide step-out drilling to test several identified targets.

"The quality of these targets is very high and the opportunity they present to the company is a substantial one," Darling said.

Gympie shares last traded at 54 cents on the ASX.

With the ore feed high in clay content E25 has struggled with throughput bottlenecks at Butcherbird.... 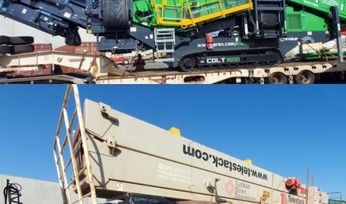 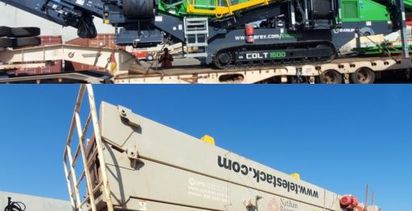