DEVELOPMENT of the $290 million Curragh North coal mine in the Bowen Basin has been brought forward with construction set to begin in September after the Wesfarmers board signed off on the project and early government approvals were received.

Wesfarmers acquired the mine, formerly known as Pisces, from Stanwell Corp early last year and initially planned production for the second half of 2005.

"When Curragh North is fully operational we expect sales volumes from the combined operations will exceed 9Mtpa of coking and thermal coal, compared with about 4.5Mtpa when Wesfarmers acquired Curragh in May 2000," said managing director Wesfarmers Energy, David Robb.

The capex for development covers site infrastructure, a 22km access road from the existing mine to the Curragh North deposit, a major upgrade of the existing coal handling and preparation plant at Curragh.

At the time of the acquisition Wesfarmers said it would spend $160 million to develop the coal mine, but said the decision to install a coal handling and conveyor system to transport the coal 20km to the existing mine had added to the capital costs. However the conveyor system will mitigate anticipated higher operating costs associated with the expansion.

The costs would be easier to bear given Wesfarmers announcement today of a record net profit of $873.1 million for 2004/05, declaring a fully franked dividend of 92c per share, up on the last dividend of 85c per share.

Wesfarmers has extended the term and improved the base price and export related value to Stanwell Corp under a revised thermal coal supply contract.

"Under the Curragh North development arrangements, Stanwell will be entitled to a rebate on its domestic coal purchases when Curragh's export semi soft coking coal price exceeds approximately $60 a tonne," Robb said.

He said at current coal prices the rebate would not be material in comparison to Curragh's budgeted 2004/05 profit result, but said if export prices increased the rebate would be significantly higher.

In the year to June 2005 exports from Curragh and Curragh North of metallurgical coal will be 5Mt, increasing to 7Mt in 2005/06. Exports were 4.6Mt in the last fiscal year.

Expects to have eight R9600 excavators operating in Australia by mid-2021. 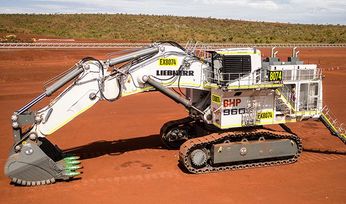 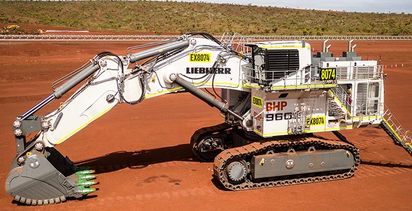