A NEW generation of hydraulic prestressing devices developed for the hard rock sector are being evaluated in US and Australian longwall mines. The prestressing units (PSU) provide prestressing to a range of roof support products, from cans to props and cable bolts. 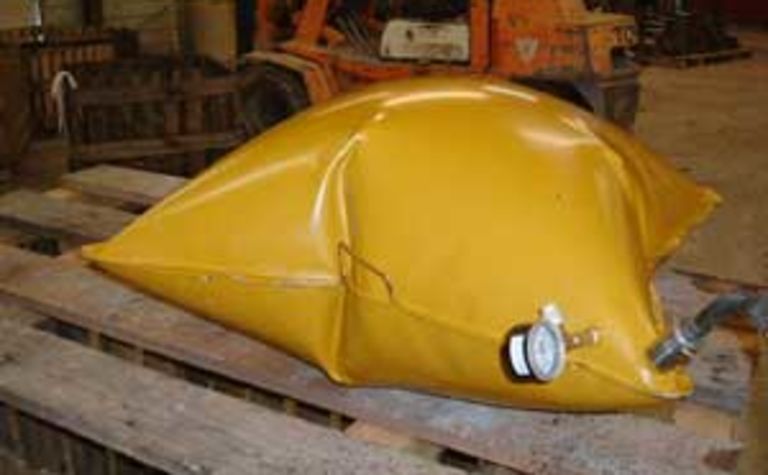 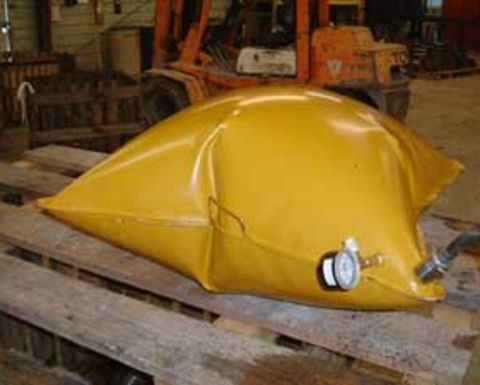 Trials to date have been carried out primarily in longwall tailgate installations and shield recovery, mostly on the Can support and the Pencil Prop.

The prestressing units (PSU) consist of a thin-walled steel shell that is machine welded that can be inflated with water. The cells are capable of withstanding pressures from 1,000 to 6,000 psi.

The product was developed by New Concept Mining in the late 1990’s in South Africa for the hard rock mining sector to provide active loading to a wide variety of support systems previously only used as passive supports.

Recently trials of the PSU’s have begun in the coal industry and the PSUs have been made available in the United States (through Heintzmann Corporation) and in Australia (through Wolftech).

While pretensioning of intrinsic supports has been practiced since the earliest days of roof bolting, prestressing of standing supports is less common.

In the past standing supports were totally passive, meaning closure of the opening between roof and support must occur for a resistive load to develop. With timber cribs, 5-10% closure is required before the crib provides significant roof support capacity and as much as 40% before attaining full load capacity.

Prestressing roof support systems applies an immediate active support load to a mine roof, providing benefits over a strictly passive system. Prestressing closes separations in the roof and increases frictional restraint along bedding, joints and other fracture plans.

The PSU can turn almost any passive standing support into an active support. Another advantage of the PSU is the elimination of the need for wedges or crib blocks commonly used with standing roof support products.

The two main products are the ‘Jackpot’, designed for props with an expansion capability of 3-4 inches, and the ‘Jackpack’ designed for crib support, with a recommended expansion of 6 inches.

For pretensioning of roof bolts a donut-shaped PSU has been designed, fitted underneath the roof bolt. Tension is applied by hydraulic inflation avoiding load loss association with frictional and anchorage effects.

A recent development has been the addition of a yield valve that provides control of the maximum pressure and load development on the support. This allows the unit to function as a yielding or load control device.

“By correctly designing the yield pressure in relation to the load capacity of a support, the PSU can then turn a non-yielding support into a yielding support at least through a few inches,” Paul McKelvey, director of New Concept Mining said in his paper.

“This can significantly improve the capability of very stiff but brittle supports.”

McKelvey said a few concerns had been raised from the early results of the longwall trials, such as what would happen in bounce prone conditions where a dynamic load would be applied to the support system. But he said overall the response has been very positive.

* This article based on a paper on the technology, presented at the 23rd international conference on Ground Control in Mining in West Virginia.

Under low stress deformation conditions, the roof is essentially self-supporting. 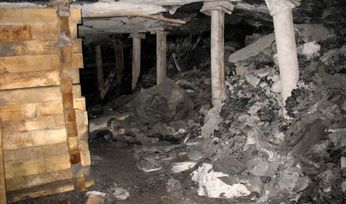 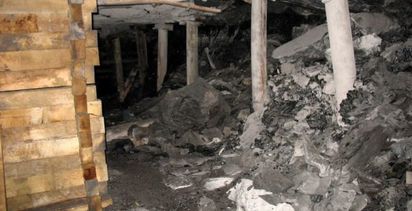