SOUTH Africas coalmine safety record remained on par with international norms during 2003, but gold and platinum fatalities were unacceptably high. 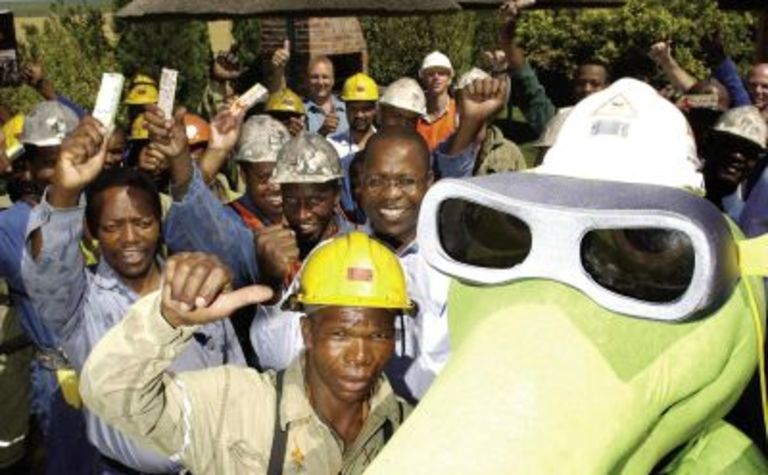 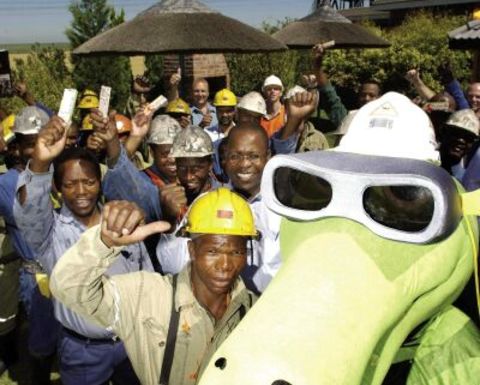 Workers at NDC with the animated safety character SMARTY

According a report from the government’s Mine Health and Safety Inspectorate, 146 goldminers were killed at work last year, down from 207 in 2002.

Overall, a total of 264 workers died in mines during 2003, with most of the deaths in gold and platinum mines. The platinum mine death toll was 58.

The Inspectorate said in its report that there had been an overall improvement in safety, though the death rate remained unacceptably high with almost half of the deaths caused by falls.

However, an increasingly important factor was the knock-on effect of the 25% HIV-AIDS infection rate among mine workers which led to a high workforce turnover and a reduced ability of hurt miners to recover from minor injuries.