DEMAND for bigger, stronger and faster vehicles by the longwall sector has given birth to the Eimco ED20 LHD, affectionately christened Big Ed - offspring of VOEST Alpine Mining and Tunnelling (VAMT). 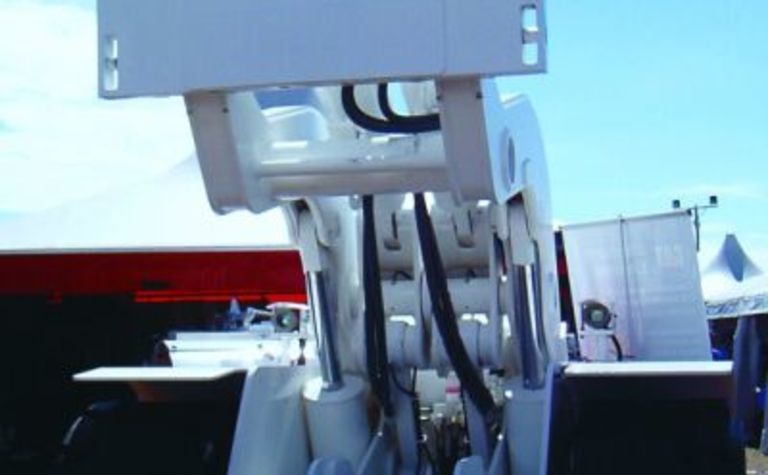 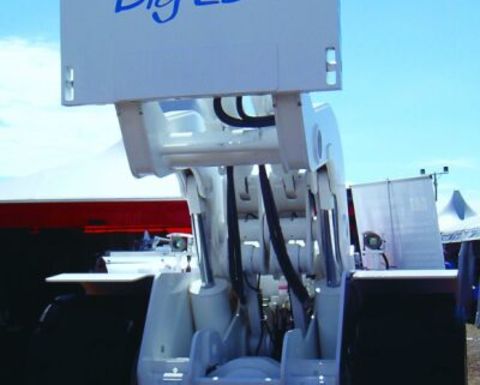 While hardly a baby in size - Big Ed is the longwall sector’s first 20-tonne loader - it boasts some impressive features, namely an electronic engine. VAMT said Big Ed had the first electronic engine fitted to a vehicle in Australia, and was the closest to receiving certification.

“We believe it will be the first electronically controlled engine certified for underground coal (group one gases) in Australia. The diesel particulate emissions from these engines are greatly reduced at part throttle conditions compared to mechanically governed engines,” said VAMT engineering manager Phil Nelthorpe.

“This engine also pioneers the introduction of engines complying with more strict off-road emission regulations that will lead to further improvements in operator and worker health,” he said.

Big Ed’s engine has six cylinder in line, 10.3 litre displacement, is turbo-charged and charge aircooled with maximum power of 254kW at 1900rpm. Maximum torque is 1374Nm at 1600rpm.

To overcome hurdles surrounding explosion protection VAMT have used a number of techniques, depending on voltage and current of the particular component.

Mechanical explosion protection revolves around surface temperature. VAMT fitted a water jacket to the turbocharger compressor, using the same technology it developed for the Caterpillar 3126 engine. The charge aircooler inlet pipe was also water jacketed for most of its length, as the air travelling in this pipe could reach up to 175C at the start of the pipe.

The VAMT team was able to overcome unacceptable NO2 emissions in the prototype engine through detuning the engine until emissions fell within standard requirements. The exhaust conditioner was a dry heat exchanger type, following concerns about backpressure and water consumption in a wet system. Provision was made for a diesel particulate filter to be fitted if required.

Another advantage of Big Ed’s electronic engine is the allowance for integration with other drivetrain components – which VAMT says are moving towards electronic control to improve performance of the machine, reduce operator fatigue and increase fuel economy.

Big Ed was conceived to meet the requirements of mines and hire companies for a larger loader which could carry heavier loads at higher speeds, in answer to increased longwall equipment capacity and mass. The basic specifications for capacity were 20t at a speed of 8kmph loaded up a drift.

While lift capacity has been increased on Big Ed, VAMT have also increased the capacity of the load-sensing hydraulic system. Parts of the machine structure were analysed using Finite Element Analysis, and VAMT undertook dynamic modelling and analysis on the lift arm structure to better understand the loads applied and to increase the fatigue life of the arm.

The loader retains a Quick Detach System (QDS), as used on the company’s smaller loaders. The load carrying arrangement has been modified with the attachment containing two hooks fitted to sit over the top of flat extensions on the cradle plate. A horizontal double acting cylinder at the base of the cradle locks the attachment to the cradle, allowing the operator to check the attachment is locked from the side of the machine, without lifting the load. VAMT development manager Simon Ridgway said the current focus was on the QDS bottom discharge bucket for road ballasting, as well as forks and belt and cable handling equipment.

For the first time, data-logging and event management has been built into the ECM on the engine, which allowed monitoring of the behaviour of the engine, and recorded the output of all sensors. When a fault occurs, or the need for a service function arises, the display unit shows a code. The engine may go into a ‘limp home’ mode to allow continued operation at reduced power, and the code on the display will allow the operator to determine the cause. Most of the data is also stored in the ECM itself and can be downloaded.

The data can also be analysed to determine operating conditions, with a view to improving utilisation of the vehicle or when servicing will be required. This promotes accurate machine service history, operational budget prediction, skilled operators and better machine utilisation.

Good Friday mine shut down after death of 25 kangaroos