SINCE starting shield manufacture two and a half years ago, West Virginia-based Montgomery Equipment Company has supplied 59 roof supports to two separate longwall installations. In addition, the company has 173 shields on order for 2005 with a further order expected to be placed for 2006 delivery. 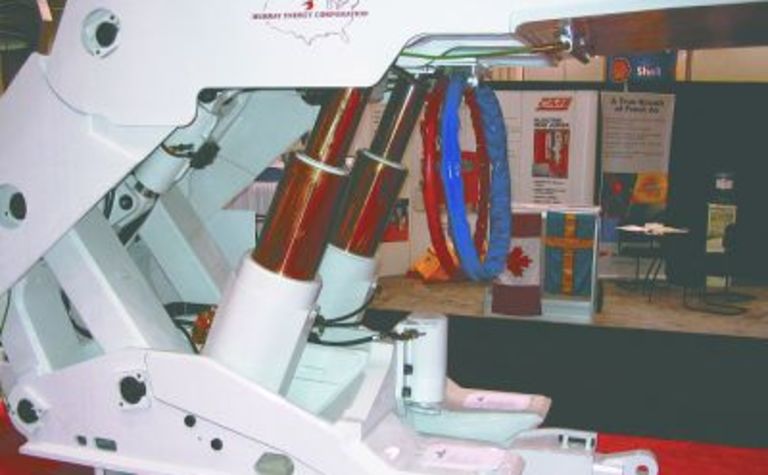 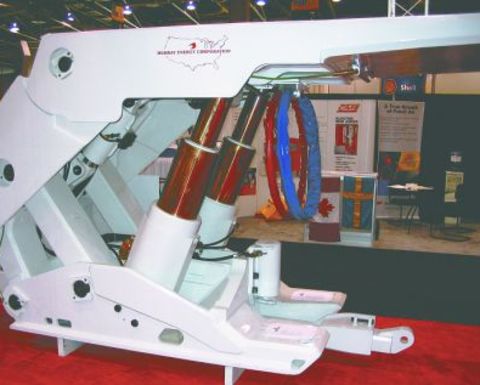 “We see ourselves in the market as a new supplier with a lot to offer that is not so different to the big boys, except we don’t have the huge overheads they have. We’re just as eager as they are to get business and just as eager to keep it,” said Montgomery vice president, longwall products, Denis Ward.

The company’s initial installation of 14 shields has been operating at the American Energy Corp Century mine in Ohio for the past two and a half years where they have completed an estimated 20-25,000 cycles. The latest delivery was earlier this year when 45 shields were supplied to the Galatia North mine in Illinois where mining had just moved to the second longwall panel.

Montgomery’s two-leg ‘NWM’ shield is manufactured with weldox 700/RQT 701 steel and incorporates front and rear lamniscate links. Modern engineering concepts were used in the design of the shields, including finite element analysis and a range of improvements such as zinc coated sherardized hinge pins and an increase of 25mm in casting size for added strength. The shields have been rig tested and certified at 60,000 cycles with a 792-ton capacity rating.

The shields designed to date are 40in closed and about 84in open with a working height of 70-75in.

All manufacture is subcontracted through reputable manufacturing companies that are current suppliers to other roof support manufacturers.

“As our products grow and our business grows we will be offering after-market support for our equipment,” Ward said.

Ward has a long OEM history including many years of working at the UK-based Dowty operation, followed by stints at Meco and Longwall International.

“We would differentiate our products in that we are absolutely cost-competitive because we don’t have the overheads. But we don’t cut any corners; we use the expertise we need for the jobs we need doing, for the time we need them.

“We don’t have to have them on the books in a full-time capacity. There are numerous ex-OEM people out there we use for our design, testing and fabrication.”

The 173 shields currently on order will be delivered by May 2005 to Ohio Valley Coal Company’s Powhatan No 5 mine.

Montgomery exhibited their shields at the MINExpo show in September along with a newly released shield hauler.

Called “Shield Shocker 777” the hauler has a 60-ton lift capacity, which can be customized. The machine is controlled by a Saminco 777 microprocessor. Ward said the hauler had generated a lot of interest at the show.

The critical development task will allow Panoramic to restart operations in mid-2021. 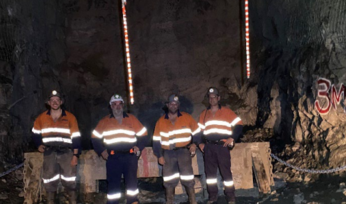 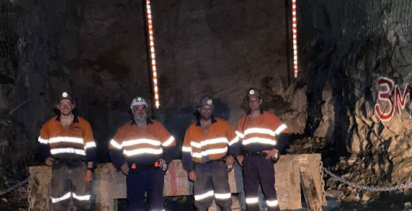