SCIENTISTS at Southern Illinois University Carbondale have developed a new composite so hard it can cut through cast iron and granite without wearing out.

Materials scientists Dale E Wittmer and Peter Filip, developed a composite consisting of nickel, aluminum, metal carbide and industrial diamond powders processed at temperatures over 1400C. The material has been found to be 800-times more wear-resistant than the toughest commercial carbide in use by Louisville, Kentucky-based manufacturing plant, Robert Bosch Tool Company.

The research, funded by the Illinois Clean Coal Institute, developed 53 different composites, made with differing proportions of elements and diamond sizes. The two best composites cut through cast iron and granite with few signs of wear.

"It's a material unlike any that have been used in the manufacturing of cutting tools," Wittmer said. "It could be used in mining coal, machining metal, drilling for oil, cutting rock, masonry or ceramic tile. It has numerous applications, but because we are funded by the Illinois Clean Coal Institute, we're focused on mining."

“Tungsten carbide tools have been the standard for over 50 years in the mining industry because nothing else has been able to improve on the abrasion resistance and performance," Wittmer said, "but those engineers said our materials may be the next step in the evolution of better and longer-lasting materials."

Wittmer and Filip are still working with the composites, searching for even better mixes. By next year, the two hope to have made and tested some sample tools in an actual coal mine.

"We have the hardness and the wear resistance, but the main issue will be proving these tools are tough enough not to fracture under the kinds of stresses present in such an aggressive environment as a coal mine," Wittmer said. 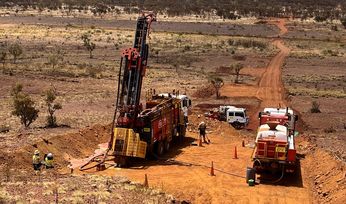 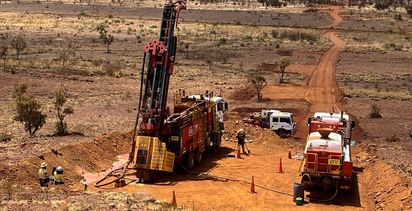