HOT mining conditions during the summer months pose a problem for the health of workers in central Queensland underground coal mines and will become more of an issue as these mines go deeper. 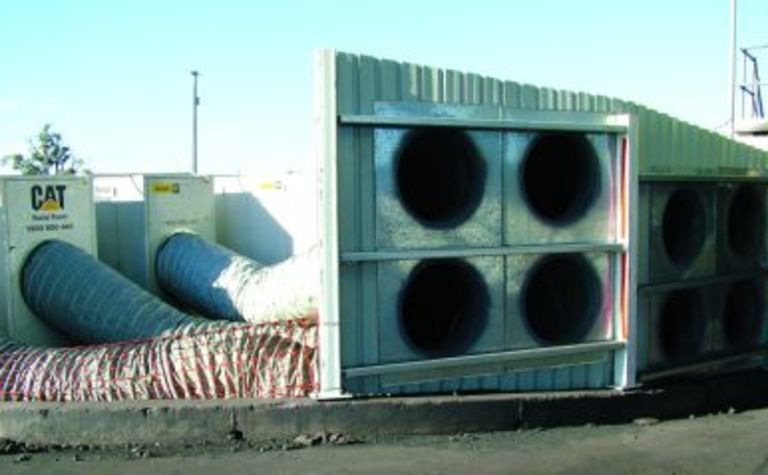 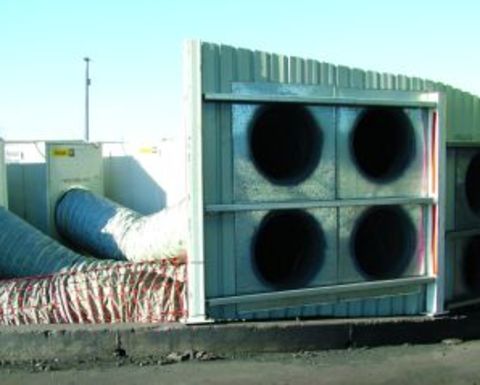 A recent refrigeration trial at the North Goonyella coal mine proved the mine bulk-cooling was effective, and with summer looming, the mine now has a few options up its sleeve to ensure production continuity.

North Goonyella, owned by Peabody Energy Australia, is some 150km west of Mackay.

During November to March, wet bulb temperatures generally rise and stay above 20C and can make working conditions hellish.

During the summer of 2003-04 mining operations were significantly disrupted as a result of the need to provide mine workers with “heat breaks”. Disruptions were fewer this past summer, but mine management anticipated much time may be lost in the 2005-06 summer unless significant changes were made in how heat was managed.

The mine is ventilated through a conventional ventilation circuit, with access and conveyor drifts as the mine’s intakes. Two underground booster fans in the main returns assist two surface exhaust fans. Inbye the longwall is ventilated by a shaft at the maingate, serviced by an exhaust fan that draws another 55 cubic metres per second for a total mine ventilation quantity of 345m3/s.

Heat sources affecting working conditions include strata, water (tied in with heat from strata), auto-compression and mine equipment, including a range of electric and diesel equipment.

In the mains section, conveyors, electric water pumps and diesels contribute around 2MW of heat to intake air.

Longwall face and services equipment contribute on average of more than 3.2MW of heat to their ventilation circuits during typical production shifts.

Development sections are noticeably hotter, given the combination of installed equipment and relatively low air velocities.

The mine tried numerous non-refrigeration measures to manage heat loads, with limited success. These included supply of adequate ventilation; removal of water bodies; restricting use of diesels; personnel management (increased awareness of heat controls, acclimatisation protocols, monitoring of personnel and human responses to heat); and rotation or rest of workers subjected to specific environments.

North Goonyella commissioned international ventilation expert Dr Roy Moreby to review site-heat management in 2004. This exercise highlighted the need for changes in how heat management was carried out to avoid the loss of significant operational time.

An increase in ventilation circuit capacity was recommended. This would permit dumping to return air ventilation of major heat sources, including segregation of the mains conveyor road and conveyor drive ventilation air being sent to return without passing over a working face.

The need for cooling was identified, as ventilation arrangements alone could not maintain work conditions in “normal” temperatures. The use of service water chilling and surface bulk-cooling were further recommendations.

Cat Rental Power is one of two providers of rental refrigeration equipment and has around 10MW of refrigeration capacity available in Australia. The company is steadily growing its equipment fleet in response to increasing demand for refrigeration at mines.

A 1.5MVA diesel generator powered two 1060kW(R) chillers and eight 200kW(R) bulk air handlers. The chillers, each with four unique chilling circuits, fed chilled water at 4-6C at a flow rate of 10 litres per second to each of the bulk air handlers.

A surge tank was placed in-line with the chilled water circuit, while the bulk air handlers each cooled 10m3/s.

Chilled air output by the bulk air handlers was drawn into the mine at the intake conveyor drift by mine ventilation pressure. The conveyor drift was used at the site for the cooling to promote a more equal distribution of cooling power between longwall and development sections.

Temperature measurements taken before and after cooling showed a drop in wet bulb temperature by as much as 3.5C.

Measured cooling power was determined by calculating the reduction in sigma heat at the particular location from before cooling commenced to after cooling commenced and multiplying by the typical mass flow rate at that location.

While the results are only indicative, due to relatively small amounts of data available, the trial proved effective.

It showed bulk chilling to be appropriate from a project-installation perspective. The most effective cooling arrangements for site would probably be a combination of 4MW(R) bulk and panel-specific installations, said John Grieves, North Goonyella’s ventilation mining engineer and statutory ventilation officer.

* Based on a presentation by John Grieves at the AJM Longwall summit in June. 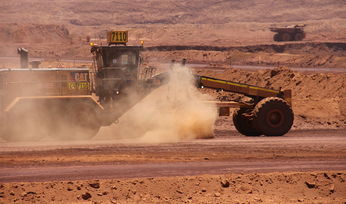 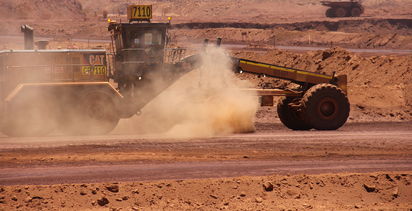