THIS month the DBT headquarters in Lünen, Germany celebrated the rollout of the first shearer to be manufactured at its new longwall engineering competence centre, following consolidation of longwall equipment production.

As part of its long-term strategy, DBT is establishing its global production competence centre for longwall systems in Lünen, in the heart of Germany’s Ruhr district. All major longwall products – shields, conveyors, gearboxes, plows and shearers – are now manufactured there.

DBT said its move to Lünen moved against the trend where many companies move production from highly developed nations to nations where labour costs are lower.

DBT said it had chosen Germany for competence and quality. “Lünen has for a long time been a centre of engineering longwall equipment – and Germany has the infrastructure and qualification levels required to achieve the exacting quality levels mining equipment demands,” the company said.

The Lünen plant has built the capacity to produce up to 24 shearers per year. Of 52 newly created jobs, 40 have already been filled – and the remainder will be filled by the end of the 2006.

DBT has invested nearly €7 million in shearer production. The assembly hall – with air-cushion transport system and every conceivable test facility – was developed at a cost of some €2 million.

The major investment was in new production machines and in the redesign and expansion of product units responsible for building, assembling and testing the frame, ranging arms and haulage systems. Acquisition and logistics systems have also been installed to manage the 4500 part types and 40,000 individual parts required for each shearer.

In a speech thanking all DBT staff who had contributed to making the move of production a success, executive vice-president of global production Dr Dirk Vorsteher thanked colleagues from England for their support and willingness to make it happen, and hoped that some would join the team in Germany.

DBT would continue the English tradition of celebrating each “rollout”, he said, although with up to 24 a year, the ceremony would not be as grand as the rollout for this first shearer, an EL 2000 destined for Bridger Coal, Wyoming, US. 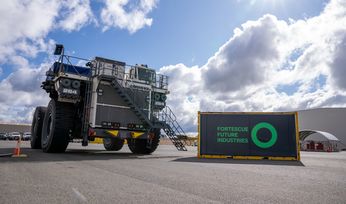 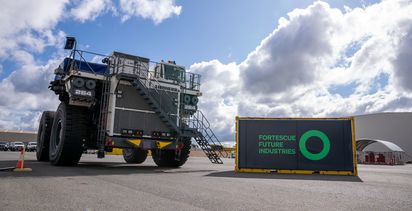 Abra gets the lead out