WHAT a difference a boom makes. Once upon a time Straits Resources was a small, struggling miner. These days it is a diversified producer of a range of minerals and on track to crack the magic $1 billion market value mark as some of its projects come to fruition. By John McIlwraith 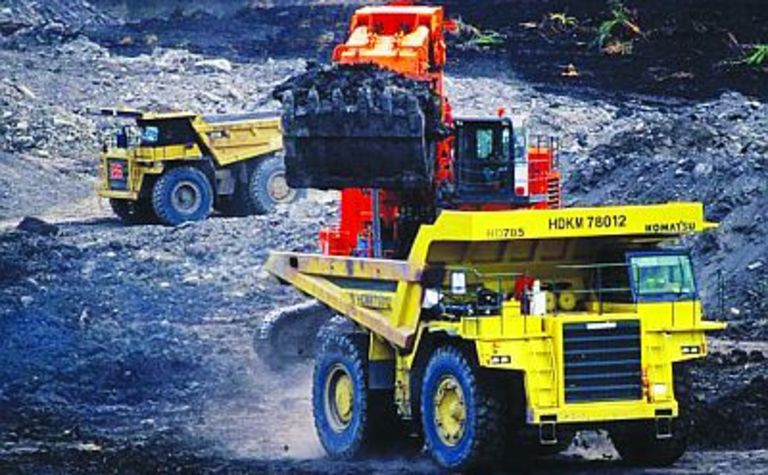 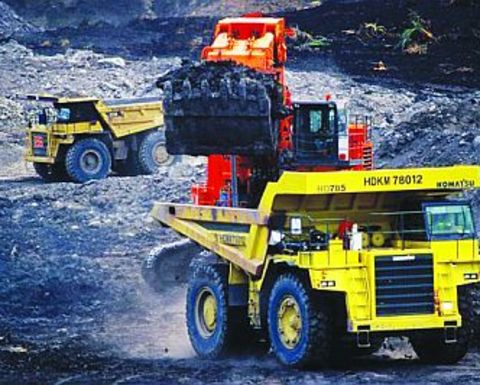 The timing of some major decisions was ideal, with successful excursions into new ventures beginning just as longstanding copper operations in New South Wales began to wind down.

Acquisitions, including the recent takeover of Tritton Resources, expansion of existing projects and vigorous exploration programs have been funded by the flow of revenue generated by the demand for commodities, although it has still provided shareholders with a satisfactory return in recent years.

The company has benefited more from striking capital gains – Straits Resources has grown from a market value of $50 million to about $750 million; analysts believe this will reach $1 billion when current expansion plans reach fruition.

Straits Resources management can ruefully recall when copper fell to US62c a pound five years ago and the company was $100 million in debt. Recent prices five times that figure, soaring gold prices (now a significant source of revenue) and continuing demand for thermal coal mean that after major spending on new projects, the company has nearly $100 million in the bank.

All this means the company’s cash flow could increase by 50% this year, with profits tipped by analysts in a range from $60 million to $90 million.

If this seems a wide band, it is because much will depend on commodity prices for the next five months – analysts can get a fairly good fix on the company’s costs but predicting income has become much harder in today’s increasingly volatile world economy.

Straits Resources’ management sees the company having three sectors in its continuing growth: bulk commodities, particularly coal and salt; base metals, led by copper and antimony; and precious metals, with gold the current target.

The company has pointed out that in little more than a year, it has progressed from having only one mine, to operating four. Straits has achieved a total shareholder return of 960% since 2001 and 160% in the last 12 months.

While the board acknowledges that these returns will be difficult to achieve in the future, it is confident it will be among the best performers in its sector because of continuing high commodity prices, increased production and a low cost base.

Straits said the Sebuku thermal coal mine continues to outperform and this year production should reach 3.5 million tonnes. This should increase further, supported by a resource of 73Mt, 39% more than the previous estimate. Straits is aiming to boost the resource and reserves further to support production rates of 6Mtpa for at least 10 years.

Sebuku has been one of the surprises for analysts, a mine based on an island off Kalimantan in Indonesia which, apart from the benefits it has bought to Straits shareholders, has been of immense benefit to the local economy.

It was the increasing returns from Sebuku that drove the company’s share price higher over the past year or so but it is now supported by the wide diversification of its operations.

In copper, the Whim Creek project commissioned last year is expected to produce 16,000 to 17,000 tonnes of copper during calendar 2006

The swift commissioning of Whim Creek at a relatively modest cost demonstrated the company’s flexibility; equipment from one of its former operations was installed there, reducing capital costs. It may have been that without this saving, the venture would not have been attractive – at least at copper prices projected a year or so ago. Promising drilling results on the nearby Salt Creek prospect suggest a decision could be made before the end of the year to build a concentrator at Whim Creek, to treat copper-zinc production.

The company’s targets for this year were outlined by managing director Milan Jerkovic at a Euroz Securities seminar: in addition to Sebuku’s increasing production, up to 50,000 tonnes of copper from its Whim Creek and Tritton projects and up to 100,000 ounces of gold equivalent from the Mt Muro mine in Indonesia, which was recommissioned last year.

A complete takeover of Tritton was completed recently, and some analysts believe Straits still has an appetite for acquisitions, funded by its growing cashflows.

In a largely neglected area of resource development Straits is planning a solar salt project at Yannarie in the Pilbara.

Some of the highest evaporation rates in the world make the region one of the two biggest exporters of solar salt (the other is Mexico). Straits plans to initially harvest three million tonnes a year, with first production in 2008.

The company has a number of exciting exploration projects throughout Australia including the Yandan gold project in Queensland.

One intersection there of 88m at 8 grams per tonne is one of the best intersections reported in Australia in recent times.

Antimony, a “boutique” metal with specialised applications in industry, is currently provided mostly from small Chinese mines, but at least two Australian mines are likely to challenge this near monopoly.

The first was a small mine at Costerfield, in Victoria; the second, more significant operation will be launched by Straits Resources at Hillgrove, NSW in the first half of next year.

The ore zones at Hillgrove are extensive, with short-term plans aimed at increasing production to at least double initial rates of production over the next two to three years. Straits has formed a strategic alliance with Mitsubishi Corporation for the sale of antimony metal and tungsten concentrate from Hillgrove.

Jerkovic said forecast cash costs over the first five years of the Hillgrove operation were A7c/lb for antimony, produced after gold by-product credits, and that these cash costs exclude any by-product revenue from tungsten, which could be significant.

He pointed out that capital costs were low because there was established infrastructure, especially underground development, in the area where mining will first take place.

This will be the fifth mine in the Straits portfolio and it is likely there will be others.

Straits is also seeking an Asian base, and is currently examining the prospect of launching a company in Singapore that would include the Sebuku mine in its assets.

The new enterprise will likely focus on acquiring and developing mining related projects to service Asia and, as such, should appeal to regional investors with an appetite for both income and growth exposure to the Asian commodity markets.

The new company would represent only a partial sell-down by Straits of its Asian interests as Straits would continue to hold a significant stake in the new vehicle. Investment banks have indicated the additional value that could be achieved through this concept is significant, based on current mine production schedules and industry price forecasts.

From Mexican stand-off to celebration on home soil. 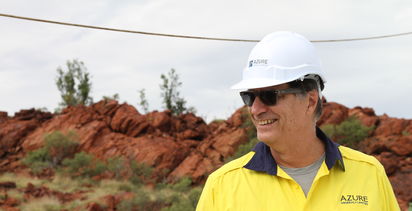