Cutting it as a supervisor

TOP dog operators, those willing to no longer be one of the boys and those who pass the does he really know what he's talking about detector, are operators who are most likely to excel at making the leap to frontline supervisor, according to Prospect Consulting organisational psychologist Jenny Krasny.

International Longwall News speaks to Krasny about who in your organisation is best suited for supervisory roles, how to make a smooth transition and how the skills shortage is accelerating the operator to supervisor transition.

ILN: Who is best suited to make the move from operator to frontline supervisor/manager?

JK: We have found that traditionally people who have been promoted to the role of frontline supervisor/manager are those who have exercised most influence, have survived company downsizing and are the last man standing, or those who are “top dog” operators.

While in many cases people have actually strived and applied for the role, there are a large majority who “are there” due to circumstance.

Of those in the latter, there are many who are not ready for the role – often due to lack of skill or emotional maturity, or those who do not want the added responsibility. These are the guys who experience the greatest difficulty in making the transition.

In our experience, when it comes to defining who is best suited to make this move, there is no hard and fast formula; however, those that succeed are those who:

In short – a developed level of emotional intelligence.

To assist our clients in moving their operators to supervisor level, we are continually developing customised programs around the “worker to supervisor” concept to assist in making the transition more comfortable for the individuals and the team.

ILN: What do your psychometric assessments entail and what characteristics do you look for in potential supervisors?

JK: The process of our assessment goes beyond pencil and paper activities, which include an assessment of personality; attitudes towards work, safety and quality; emotional intelligence and resilience; and abstract ability.

The process involves interviews, placing the "candidate" in scenarios most like those he/she is likely to encounter in the transition process and observing the reaction, for example role playing as well as the shadowing of an existing supervisor/manager to allow them to "see" what happens on the "other side".

On the formal front, assessment of supervisors and what is "looked for" is different depending on the environment in question – often beyond the inter- and intra-personal features listed in the previous point.

I (a) look for someone who is going to complement the people he/she is about to lead; or (b) I assess against the broader business goals for that department and the person's capability in making that happen; or (c) explore the candidate’s ability to work in the existing environment; or (d) examine their engagement style with other areas of the business etc.

In short, I map against what is trying to be achieved with the role and assess against where the greatest challenges (with previous supervisors) have been in the past.

In our experience, we have found the biggest mistake that many organisations make is merely trying to fill a vacancy on the organisational chart without consideration of the audience or the broader context in which the person will be working. The cultural fit is extremely important.

ILN: How do operators best make the transition from operator to supervisor?

Finding a coach and mentor;

Establishing a good relationship with the members in their new peer group for the purposes of support and networking;

Be open with the guys re: capabilities/fears and ask for their assistance (often this is one of the best ways to engage with your people) – don't ever try to make out you are something that you are not;

Utilise the knowledge base of those around them (especially those who have been in the industry and onsite for a long time);

Listen to and learn from past mistakes (either personal or those made by others); and

Frequently "check in" with themselves and reflect on their performance against what they would like to achieve and what is expected.

Those who make the transition more comfortably are also those who are not given the team from where they have emerged in the first instance.

ILN: How is the skills shortage affecting this area – for example, young people being pushed earlier into supervisory roles?

JK: On the whole, we have found that younger people in management/supervision roles often do not have a challenge provided they "do" some of what is listed above.

In our experience, the areas where they are likely to come unstuck [are]:

(a) In communication. For example, many of the youth of today are able to engage in an electronic format but struggle on the face-to-face level;

(b) When things get hard they are likely to quit and find employment elsewhere. It appears we are at a time when young people have not ever really experienced hardship and thus do not know how to work with it when encountered; and

(c) When greater employment conditions onsite, such as environment, do not reflect the changing nature of the workforce and the needs of Gen Y.

The skill shortages in the area mean that organisations are often forced to promote from within and often the "candidates" are not ready for the new responsibility as mentioned earlier. This is where coaching and mentoring to develop staff can assist in circumventing the skill shortage and retaining quality staff. 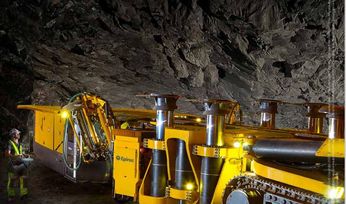 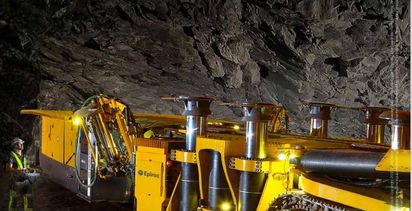