WEST Virginia Governor Joe Manchin, the National Mining Associations Hal Quinn and newly appointed Mine Safety and Health Administration assistant secretary Richard Stickler all stressed looking to the future by learning from the past during a legislative roundtable Thursday. Donna Caudill reports from the West Virginia Coal Association symposium in Charleston. 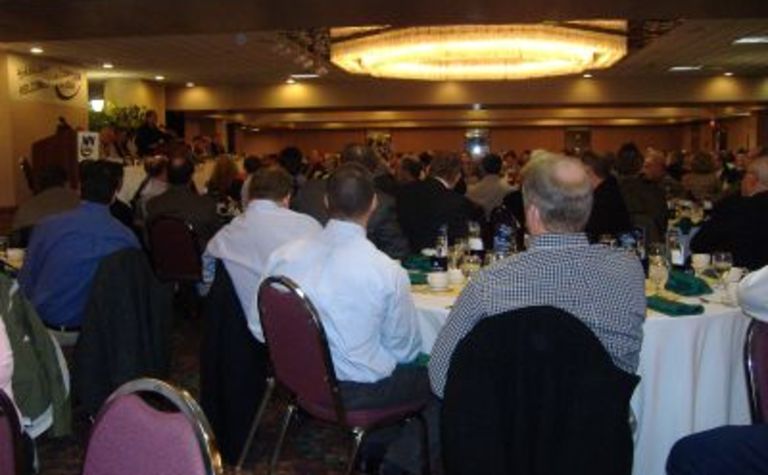 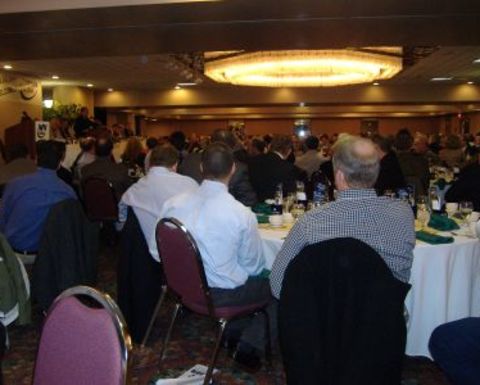 The crowd at the West Virginia Coal Association symposium 2007.

After a welcome and brief remarks by the group’s chairman, Andrew Jordan, the morning’s highlights consisted of the three notable industry figures, each with his own unique perspective on miner safety, current legislative efforts and how everyone can work together to bring about a better, safer mining community.

Quinn, the legal and regulatory affairs official for the NMA, announced the release of the organisation’s annual forecast has been scheduled for January 27.

However, the record crowd estimated at 700-800 got a bit of the news early, as he reported that the annual nationwide production was up slightly in 2006, to 1.16 billion tons from 1.13Bt. In 2007, NMA anticipates that number will reach 1.207Bt, including exports.

Due mainly to continued rail issues, he said, western production will be up only slightly while eastern output will stay “at or slightly off” last year’s levels.

With other issues including global warming, climate control, liquefaction, and 2005’s Energy Policy Act also on his discussion agenda Thursday morning, Quinn said the NMA joins the industry’s commitment to what makes coal mining jobs, and the public’s everyday life, go around. “Coal is too important to the country to be reduced to … a political issue,” he said.

Next at the podium was WV Governor Joe Manchin, who was fresh off his annual State of the State address Wednesday evening where mine safety was a key component.

“While much has been accomplished over the last 12 months to better protect these hard-working West Virginians, with 24 mining-related deaths recorded in our state in 2006 it is clear that there is still much more left to do,” he said during his first speech.

His proposed changes included an additional $US4 million to the West Virginia Office of Miners’ Safety, Health and Training’s budget for next year to hire five more safety inspectors and nine additional safety instructors.

Additionally, Manchin said he wanted to “increase mine rescue training time from 50 to 96 hours per year, per team member; offer more competitive salaries to mine inspectors and instructors in order to attract the qualified and capable workers needed to perform these duties; increase salaries of existing instructors and inspectors so that we can retain our best and brightest; purchase additional mine rescue equipment; and continue the abandoned mine mapping project.”

He also expressed the need for the office to have an increased ability to regulate the industry: “I am seeking legislation that would authorise the director of the Office of Miners' Health, Safety and Training to shut down mines and levy appropriate penalties against repeat offenders where multiple violations continue to exist.”

His speech at the Charleston Holiday Inn was an abridged, more focused version of the previous evening’s comments, with much of the comments centred on the Sago explosion. “Human error. It was in the worst proportion, but it was human error,” he said of the “miscommunication” that caused the families of the 12 miners to believe for a three-hour period early last year that their loved ones were alive.

However, Manchin was positive in the efforts being made by the industry in the time since the accidents. “I knew that we could make changes, and we have.”

To allow for state and federal mine inspectors to work together and share details and efforts – as opposed to the more segregated protocols in use currently – was one of the proposals Manchin outlined for the industry guests. His mandated four state inspections paired with the four required by the Federal Government will be most effective if there is a “coordination [and] sharing of information” between the parties.

“I think we’ve proven it hasn’t worked [the way it is done currently]. Let’s change it.”

Third on the morning’s agenda was Richard Stickler, appointed late last year by US President George W Bush as the newest assistant secretary of MSHA. Although he is a 40-year veteran of the industry and has had the opportunity to witness a lot of changes in the industry firsthand, he said that he was taking on the responsibility of his seat at a difficult time.

“This high fatality level … quite simply, is unacceptable,” he said, adding that he is looking forward to working with the mining community to make 2007 “a much better year for all of us”

As part of his commitment to see record-low fatalities again (coal had 14 deaths in 2004), he outlined his priorities as he settles into the position of assistant secretary.

Those goals, first and foremost, he said, must focus on the protection of the health and safety of miners. “It is a goal that is achievable,” he said. Much like other areas of life, “sometimes things have to get worse before they get better”

Leaving “no issue unexplored”, Stickler’s first short-term goal is to complete the Sago, Aracoma and Darby reports and move forward with issuing the findings of each.

Another priority is to continue with the hiring of 170 coal mine enforcement personnel. The agency is currently in the midst of a very active recruiting drive, Stickler said, and has also recently increased the staff of the MSHA Mining Academy in Beckley.

Improved safety protection is another personal goal he has for MSHA. It is “working hard on rulemaking to enforce the MINER Act”, he said, and is looking at SCSR training, and improved evacuation and firefighting issues at mines.

On his long-term agenda, Stickler said the agency will be looking to review mine accident and fatality data to determine if the organisation’s current goals are “sound”; additionally, an increased focus on education and training will be a part of the plans.

While working on each of his priorities, Stickler noted the need for three important basics in the industry that are irreplaceable, including the conducting of “meaningful” inspections. Education and training, he said, will be a basic achieved through the agency’s assistance to operators to understand laws, compliance and the consequences of not complying with the regulations.

“More and better” technical support completes the triple-pronged plan, an effort already underway through the evaluation of communications.