Laid off coal miners put back to work

WORK that started last week on the remediation of a 62 acre abandoned mine site in Ehrenfield community in Cambria County, Pennsylvania, has provided jobs to 40 laid-off coal workers.

The three-year project involves hauling 3.2 million tons of coal refuse to the nearby permitted facility being reclaimed by the mine operator.

The reclamation includes extinguishing a five-acre portion of the pile currently burning, and reducing sediment runoff into the adjacent stream, an unnamed tributary to the Little Conemaugh River.

The project will also eliminate highly acidic runoff from the pile which has flowed into the stream and river for many years.

The $US13.4 million for the removal project is the first in Pennsylvania to receive funds from the 2016 Abandoned Mine Lands Economic Revitalisation Pilot Program Grant after the state was one of three to get $30 million in the initial federal grant program.

The Ehrenfeld project will get $3.5 million from the pilot program, with the rest to come from Pennsylvania’s AML program grant that derives from a nationwide fee on coal.

Disposing the material from the coal pile costs $12.7 million, bringing the total cost of the project to more than $26 million.

Rosebud Mining will undertake the reclamation work, employing its own laid-off miners and heavy earth moving equipment that would otherwise be idle due to the nationwide slowdown in the coal industry.

Pennsylvania Governor Tom Wolf said the innovative project plan from the Department of Environmental Protection, supported by the Department of Interior, would go some way to helping the state’s suffering coal sector, though there was still clearly plenty of work to do.

The state’s once-thriving coal industry has copped a perfect wave of attacks from President Barack Obama’s “war on coal” taking the form of strict environmental restrictions and the shale gas revolution that caused the price of gas to plummet.

"While there are no silver bullets for solving the environmental and economic difficulties in Appalachia or other struggling coal regions in the United States, we have a moral commitment to assist hardworking and increasingly hard-pressed coal country residents in transitioning to a more sustainable economic future,” US Department of Interior Secretary Sally Jewell said as work started last week.

“The Ehrenfeld project is one example of how we can work together to make strong and smart investments in coal communities that not only put people back to work but restore our lands and waters to benefit the health and well-being of these communities.”

Pennsylvania Department of Environmental Protection acting secretary Patrick McDonnell said the project achieved a “trifecta” of improving the environment, putting miners back to work and laying the groundwork for economic growth for a community savaged by mine closures and supply chain firms going out of business. 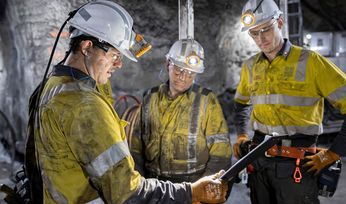 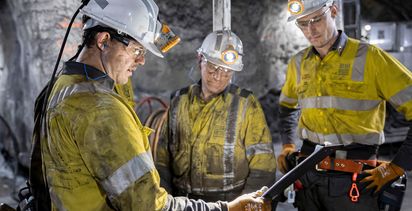