THIESS has been awarded a $2.3 billion contract to extend mining operations at Jellinbah Group’s Lake Vermont coal mine in Queensland’s Bowen Basin and to double production to 8 million tonnes per annum. 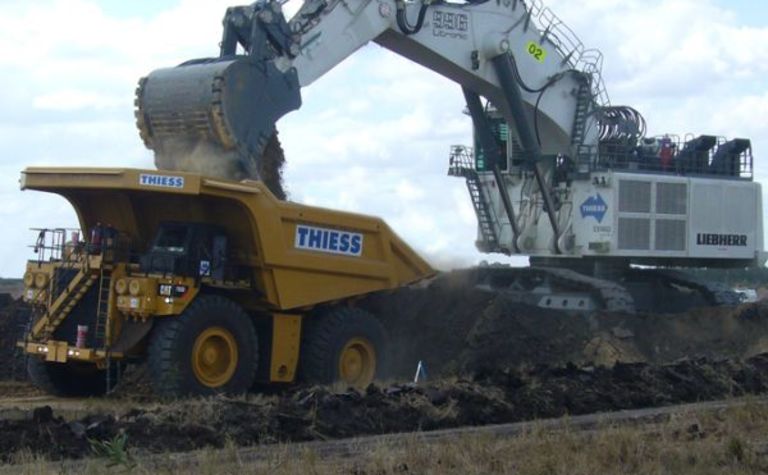 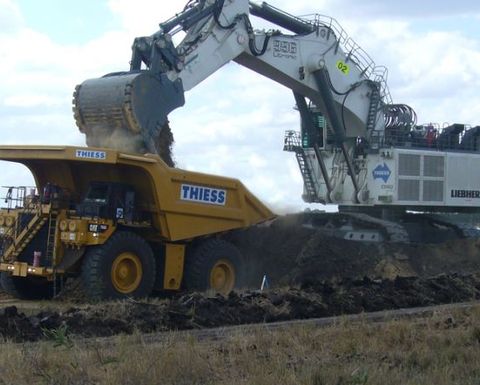 Jellinbah chief executive Greg Chalmers said the continuation of Thiess as a long-term mine operator ensured the ongoing delivery of cost-competitive coal from the mine.

“We look forward to working closely with Thiess to maximise the value of Lake Vermont and continue the mine as a safe, reliable, responsible and productive operation, " he said.

Lake Vermont mine is located 20km north of Dysart and currently has a total workforce of more than 350.

A favourable strip ratio and generous seam thickness means the mine is highly productive.

Overburden drilling and blasting is followed by conventional removal with truck and shovel and dozer push.

Coal is then mined using the truck and excavator method and is processed in an 800 tonne per hour coal preparation plant.

Sampling and online ash analysis takes place during the processing.

The coal is then directed to either hard coking coal or pulverised coal injection product coal stockpiles.

The product coal is loaded onto 7500t trains for despatch to the port.

Lake Vermont is able to rail to either Gladstone port or Darymple Bay coal terminal and Abbott Point port on completion of the "northern missing link" rail infrastructure.

The contract was an endorsement of the relationship between Jellinbah Group and Thiess, which began with the establishment of the Lake Vermont mine in 2007, Munro said.

“Thiess is very proud to continue its involvement at the Lake Vermont mine where we’ve been working with the Jellinbah Group from the very beginning to plan, build and operate the mine,” he said.

The Thiess site team at Lake Vermont is gearing up for the new contract and looking forward to the challenges ahead.

Thiess Australia mining executive general manager Michael Wright gave credit for the contract extension to the onsite team and the quality of its leadership.

“The contract is reward for their performance, their daily commitment to the safety of our people and to meeting our client’s objectives,” Wright said.

“We are mobilising ultra-class mining fleets to meet the increased production requirements and we are truly excited by the opportunities this brings to the people of the Dysart area.”

Revenue to Thiess is expected to be $1.5 billion over the first five years.