THE latest Corporate Knights global 100 most sustainable companies worldwide saw Australia come in third place with nine companies making the top 100. The list was headed by the US and Canada with 10 firms each. 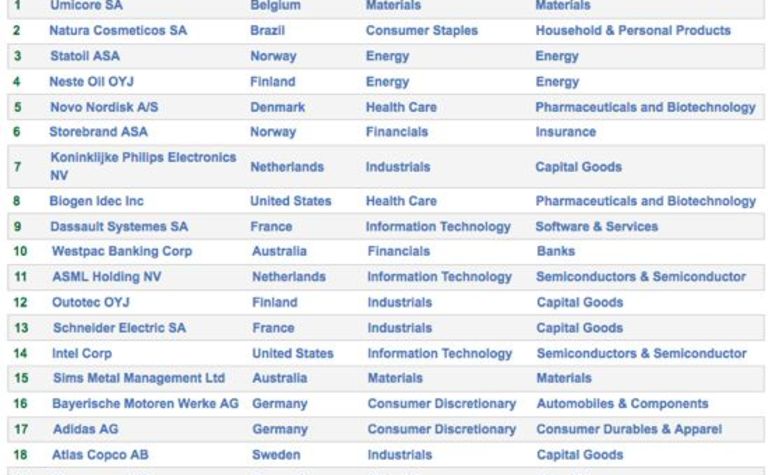 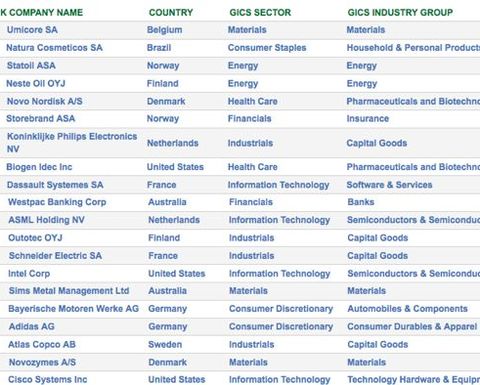 Corporate Knights – a Toronto‐based media and investment research company - announced its 2013 Global 100 list of the world’s most sustainable corporations at the World Economic Forum in Davos, Switzerland.

The Global 100 consists of the 100 top‐performing stocks worldwide on a range of sector-specific ‘sustainability’ metrics. In aggregate, the Global 100 had revenues of US$3 trillion (roughly 4.5% of global GDP) and a workforce of nearly 5.3 million in 2011.

The top‐ranked company in this year’s Global 100 was Umicore, the Belgium‐based materials technology and recycling company. The top 5 were rounded out by Natura Cosmeticos, Statoil, Neste Oil and Novo Nordisk.

Umicore derives the majority of its revenue (2011: US$20 billion) from clean technologies such as catalysts that reduce pollution from vehicles powered by internal combustion engines. It achieved the top overall ranking in the 2013 Global 100 due to its strong, across‐the‐board sustainability performance.

The company notched top‐quartile performance on six of the 12 indicators used in the project, including carbon and water productivity, and employee turnover.

Canada and the US led the way in country representation, each with 10 constituents, followed by Australia, Britain and France, each with 9 constituents. Overall, the Global 100 drew companies from 22 countries on six continents.

Commenting on this year’s Global 100, Toby Heaps, Corporate Knights CEO said, “the Global 100 are leading a resource productivity revolution, transforming waste into treasure and doing more with less. They are steering our civilization away from ecological overshoot and back to a place of balance with our planet.”

He added, “on carbon, water, energy, and waste, the Global 100 are on track to double their resource productivity by 2025 in two‐thirds of the cases, and in an era of peak commodity prices, this makes as many dollars as it does sense.”

Corporate Knights collected data for the project primarily from Bloomberg and through direct engagement with the 350 companies that made the project’s shortlist, selected from the project’s starting universe of all global mid and large cap stocks at approximately 4,000.

The Global 100 uses a two-step methodology. First, companies from the starting universe are screened according to their sustainability disclosure practices, financial health, product types and recent legal payouts. Those companies that remain are then scored, relative to their samesector peers, on a set of key performance indicators (KPIs). A different suite of KPIs is used for companies in each industry, depending on recent reporting trends in each industry group.