A CONTRACTOR working for QGC at Chinchilla, Queensland, has been involved in a scuffle with anti-CSG protesters and attempted to slash the tyres of a blockade vehicle.

The Courier Mail reports that a bus taking workers from a camp to a work site was blockaded for three hours this morning before a contractor got out and confronted a protester.

It is alleged that after a scuffle, the contractor attempted to slash the tyres of a protester’s vehicle.

An official complaint over the incident has been lodged with Chinchilla Police and QGC is also investigating.

A QGC spokesman confirmed the incident and said any retaliation against protesters was not on.

"There was a minor incident this morning in which a contractor allegedly tried to damage the tyre of a protester this morning,” he said in a statement supplied to EnergyNewsPremium.

"We can understand the frustrations of people working for us, particularly when their jobs are threatened by people who do not live in the area and who want to stop development

"However, we do not condone retaliation of this nature and will ensure the contractor is counselled."

The spokesman said the company provided contractors across its workforce with information on how to deal with protesters.

Third attempt to stop protesters chaining themselves to equipment. 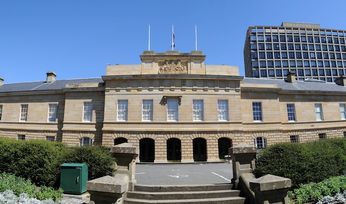 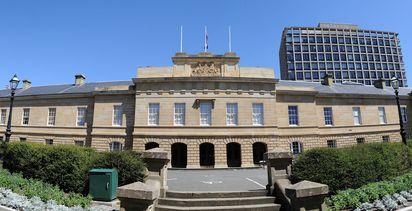