THE US Mine Safety and Health Administration has addressed its compliance standards for machinery repair and maintenance following a number of worker incidents where it was deemed sufficient safety protocol was not in place. 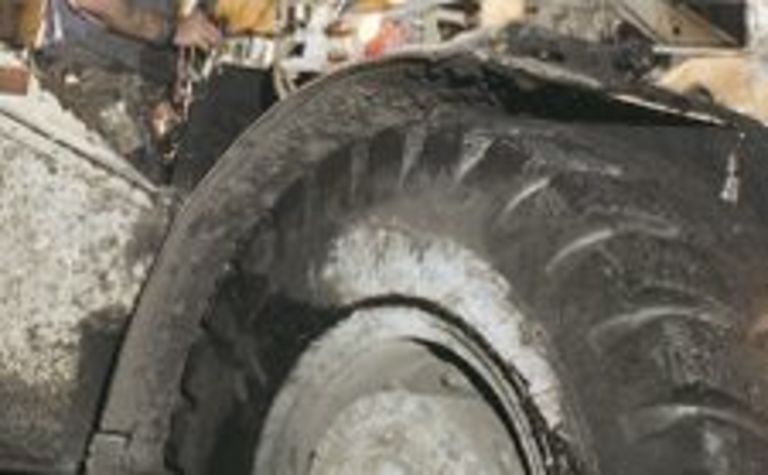 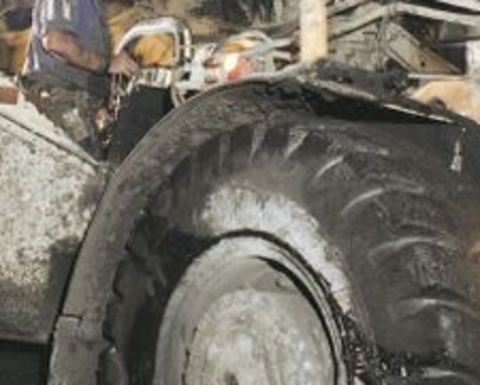 "Miners have suffered serious injuries and fatalities when performing maintenance work on machinery that started up and moved unexpectedly [and] adequate methods to assure the miners' safety were not used," the agency said of the PPL to address the requirements of Section 75.1725(c), Title 30.

"There is a consequent need to emphasize and clarify the applicable law and the ways the legal standard can be met."

To prevent injuries while repairs or maintenance are performed, operations should stress to workers that nothing should be done to machinery until the unit's power is off and it is blocked against motion unless that movement is necessary to the adjustment.

One method to comply with the standard is to open the unit's circuit breaker and move its run selector for start-up to "off", provided no energized conductors or parts are exposed in a way that would place the worker in harm's way.

"On longwall machinery, this would include placing the lockout switch in the lockout position in the area where the repair or maintenance is being performed. For lubrication or changing bits of a shearer or a continuous mining machine, this would include opening a circuit breaker that is installed on the machine and that opens all power conductors entering the machine."

Another option is to open the power center's circuit breaker and disengage the couple for that machine. This is found in the federal regulations under 30 CFR 75.903.

Users seeking to make repairs or do maintenance can also open a manual visible disconnect switch within the circuit or onboard the machinery to secure its switch from being re-energized. MSHA points out that, per the outline in 30 CFR 75.903, a control circuit start-stop switch is not a manual disconnect.

When working with special cases, like belt conveyors on a steep incline or with suspended loads, the machine should be physically blocked with a device such as a bard, chock or clamp in addition to removing the power. Simply doing the latter does not guarantee the system could unintentionally or inadvertently move, it said.

In general, the situation the worker is in dictates the specific method which should be used to ensure safety, and other methods may be appropriate to keep units from moving. "The critical determination is whether the method(s) used would effectively prevent motion," MSHA said.

While removing power is vital to safety in any such situation relating to machinery repair or maintenance, the agency said it is just as important to remember that restoring power prematurely can also create a dangerous hazard.

"Operators must prevent inattentive restarting and assure that repairs or maintenance have ceased before power is restored to the machinery," it noted.

"Preventive measures operators can take include locking and tagging out, clearance checks, or visible or audible alarms with built-in time delays before restart to warn the miner(s) performing the work so power will not be restored without the miner's knowledge."

For a complete, printable copy of the a Program Policy Letter, visit the MSHA website under "compliance assistance information".

The fragment penetrated the shed wall at a height of about 6.5m. 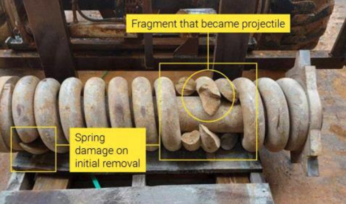 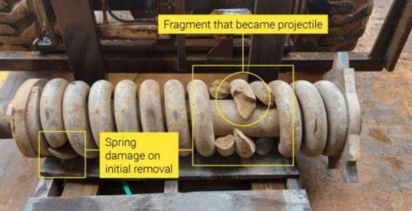