THE Australian Industrial Relations Commission has granted the Construction, Forestry, Mining and Energy Union a week to consult with Xstrata Coal over the company’s plans to cull 230 jobs as a result of closing the Oaky No. 1 longwall mine in Queensland.

From an order submitted to International Longwall News, Commissioner Ken Bacon yesterday ruled that Xstrata’s Oaky Creek mine cannot issues notices for termination until Friday, January 16, but Xstrata can advise any employee in writing that he or she has been identified for retrenchment after 3pm today.

In the meantime, both Oaky Creek and CFMEU officials are to start meeting by no later than Monday to “consult over measures to avert, minimise or mitigate the adverse effects of the proposed retrenchments at Oaky No. 1 mine”

The parameters for consultation include the mine plans for Oaky No. 1 and Oaky North and any CFMEU proposals for other configurations, plus proposals by the union to replace non-permanent positions at both mines with employees of Oaky Creek.

Consultation must also cover any union proposal relevant to avert, minimise or mitigate the effects of the proposed retrenchments at Oaky No. 1 and specifically CFMEU proposals to utilise alternative rosters in that regard.

In a statement attached to the ruling, Bacon said Oaky Creek had undertaken significant discussions with the CFMEU and employees over a range of issues, including payment for retrenched workers, how long employees can stay in Oaky Creek accommodation and other matters that accompany such a restructure.

“Most, though not all, have been resolved to the satisfaction of all parties,” he said.

He added that Oaky Creek has adopted an option for the two mines that looks beyond the downturn and endeavours to well position Oaky Creek when world coal demand increases.

“One of the options available was to place Oaky No. 1 on a care and maintenance basis and shed another 65 production workers. On a purely financial approach this option may well have been attractive,” he said.

However, Bacon said Oaky Creek took an option that significantly reduced the number of retrenchments than if the care and maintenance option was taken.

“The significance of this has not been overlooked by the Commission,” he said.

CFMEU Mining and Energy Division executive vice-president Stuart Vaccaneo told ILN the union was glad to get the extension but it was a matter of whether Xstrata comes to the table and is “serious” about trying to mitigate the effects of its proposed redundancies.

Vaccaneo said if voluntary redundancies were opened up to Oaky North workers the union would have no doubt there would not be any forced redundancies.

He said the union would push for an alternative roster that could maximise employment and a ventilation contract that could be performed by permanent Xstrata employees.

In a statement Xstrata said the ruling acknowledged the company implemented a comprehensive consultation process with employees and the unions throughout the suspension of operations at Oaky No. 1 and appropriate steps were taken to provide assistance to all affected employees.

“The AIRC also recognised the decision to suspend operations at Oaky No. 1 was made in response to a significant downturn in the coking coal market, resulting from the global economic crisis, and is in the interests of the continued viability of the Oaky Creek Complex and the town of Tieri,” Xstrata said.

“Our people remain our priority and we will continue to consult with the unions and our employees as directed by the commission.

“However, consultation does not mean agreeing to demands that are not in the interest of the future viability and operation of the Oaky Creek Complex or the town of Tieri.”

Xstrata has proposed to remove 190 contractor positions and 40 full-time workers from suspending operations at Oaky No. 1.

Of the contractors under threat of losing their jobs, some of them could also be based at Oaky North.

Xstrata spokesman James Rickards told ILN no redundancies or announcements will be made in regards to those affected while the consultation process continues for another week.

Fears proposed rules will set the industry back decades 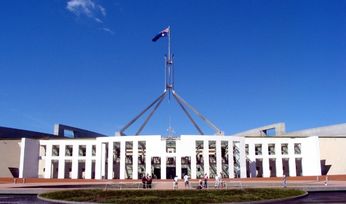 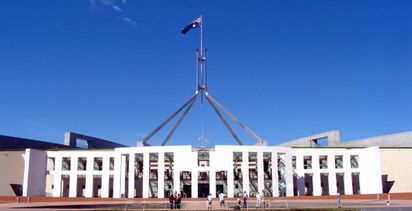