Still a lot to learn

WHILE the Queensland coal industry has learnt a lot from 10 years of Level 1 emergency exercises, industry stops short of getting all it can from the events. 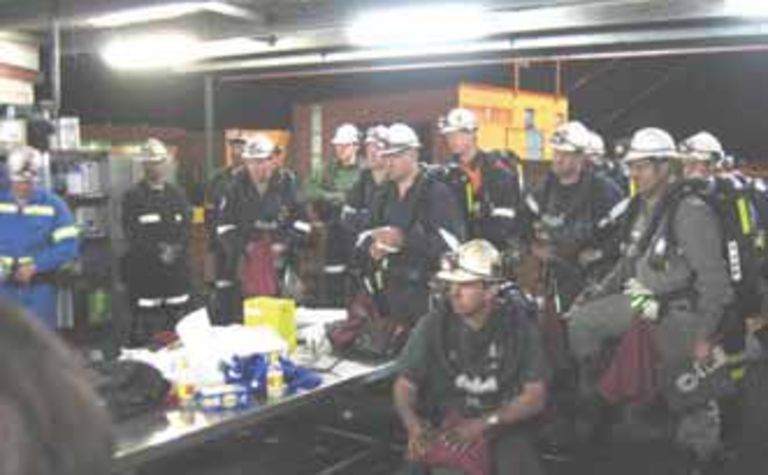 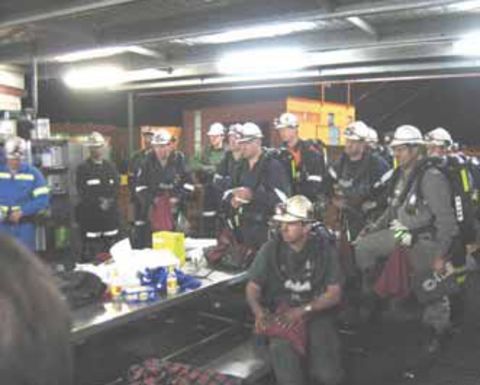 Briefing of mines rescue personnel during the Grasstree level 1 exercise

Beginning in 1998 as a recommendation stemming from the Moura No. 2 mine disaster, the Level 1 emergency exercise has now done the rounds of 11 Queensland mines.

A mix of scenarios has been played out at Southern, Kenmare, Newlands Southern, Kestrel, North Goonyella, Crinum, Oaky No. 1, Moranbah North, Broadmeadow, Grasstree and most recently at Newlands over the past decade.

Most in the industry agree the exercises have been of great benefit to the safety of the state’s miners, with industry directly adopting recommendations such as the changeover bays at Grasstree two years ago after issues were shown with miners switching from self-contained self-rescuers to compressed air breathing apparatus (CABA) units.

Despite the leaps made, there are still plenty of areas for improvement. A paper by Simtars Occupational Hygiene, Environment and Chemistry Centre manager Darren Brady and Vale group mining engineer Martin Watkinson (formerly with Simtars) pointed out issues that need to be addressed.

The researchers pointed out that sometimes industry was slow to adopt or modify emergency response plans after the exercise was run. This is evident through seeing the same recommendations being made year

after year, such as the changeover of SCSRs.

The exchange of information and recommendations filtering down was also identified by Brady and Watkinson as an issue. A number of factors have contributed to the communication issue, including the time taken to get the report out after the exercise is completed.

“The report often loses its impact if it is released several months after the exercise,” the paper stated.

Brady and Watkinson said mining industry personnel had complained the reports were too long, but responded: “Surely it is not too much to ask to read the executive summary, the conclusions and recommendations for a report which takes 200 man-days to compile?”

Filtering down of information was also identified as an issue.

“Once a mine has undertaken the Level 1 exercise it appears that the lessons learned and information are not freely available. For example, one mine where the Level 1 was held had 20 hard copies of the report mailed to them and not one copy could be found approximately 18 months later when a new owner took over the running of the mine,” the paper stated.

Irreverent attitudes by some of the workforce were also blamed for the exercises not having as full an impact as possible.

“They need to realise this is a way that they can impact on their own safety; and in fact, a mine with a good safety system often has good productivity as well.

“With the large number of new employees in the industry due to the growth, some personnel do not appear to be fully aware of their responsibility for their own safety and do not appear to have ownership of their escape systems.”

The paper also pointed out a shift is needed in how mines perceive the exercise, pointing out it was designed as a learning experience for

all of industry, not a pass or fail for an

“Mine workers need to take ownership of the minesite hazard management plans – in particular, the mine emergency response plans.

“They need to be clearly aware of their requirement under the plan and ensure that they are completely competent in the donning and changeover process for SCSRs or other system that their mine has in place.”

The pair noted that while the industry had made a dedicated effort in adopting Mine Emergency Management Systems (MEMS) processes, more emphasis needed to be placed on the donning and changeover of SCSRs, “to have confidence in the unit and be coached in decision-making processes”

How I learned to stop worrying and love the data

Miners need to overcome the fear factor and learn to trust the data.