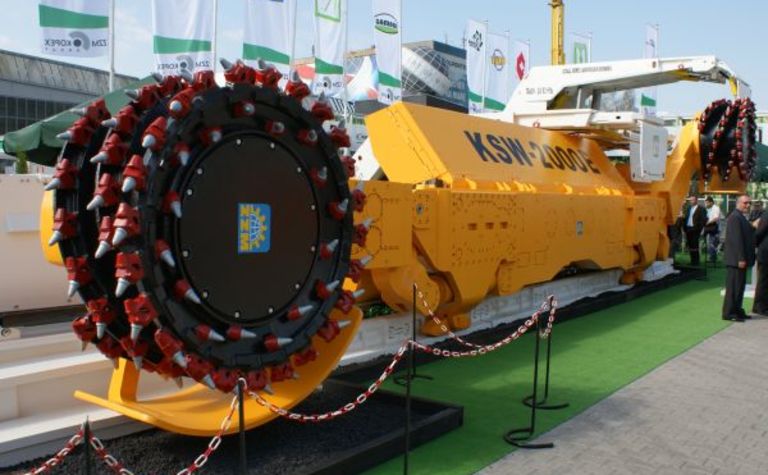 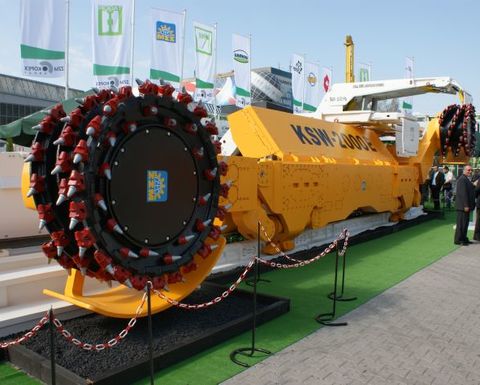 Part of the Kopex Group, ZZM is already well established in Poland and has made significant inroads into markets such as China.

Over the past few years, Kopex has gained a foothold in Australia, with its subsidiary Tagor buying half of local manufacturer Inbye Mining Services which proved instrumental in the manufacturer winning the Carborough Downs longwall contract.

The OEM now plans to focus on Australia and China with its KSW-2000E shearer once the equipment has proven itself in other mines around the world.

Released last year, the shearer is the first model of the latest generation high-powered longwall shearers with electric haulage drive.

Since May, it has been operating at the Ziemowit Coal Mine in Poland. ZZM has tipped China as the next country to install the shearer.

The total installed power of the machine is more than 2 megawatts.

The haulage system and hydraulic pumps are fed from a 3.3kV to 1.0kV stepdown transformer, also equipped with safety protection systems.

ZZM said the main advantage of this was elimination of power resistors that discharge energy in the indirect converter circuit during electromagnetic braking of the motor.

“Research and operating experience have shown that the meshing of the shearer traction sprocket to the AFC rack system influences the duty dynamics of the haulage system.

“Variations in the pitch of the haulage system causes imbalance between the individual drive units and leads to interaction between them. In order to reduce this, a new haulage-control system has been developed.”

Instead of employing the shearer’s central computer system, the VFDs are used to eliminate these fluctuations. This has eliminated much of the downtime previously experienced.

The company has designed the KSW-2000E in accordance with the requirements of the LASC system (Longwall Automation Steering Committee). Kopex signed a licence agreement with CSIRO in 2009 to use the LASC technology.

The KSW-2000E is capable of transmitting data through an ethernet, using a TCP/IP through whatever system is employed on the longwall system such as a trailing cable, optical fibre or WiFi.

The shearer operator may select a controlling source, either a remote (radio) or a local one.

Options for the shearer include an automatic mining system, ranging arm position sensors and an onboard coal sizer.

The machine is controlled via a CANBus system.

“With this arrangement the number of connections inside the electrical apparatus box has been significantly reduced and is expected to improve the reliability of the shearer considerably,” the company said.

“The central unit of the system has been designed to withstand severely adverse environmental conditions of vibration, temperature and humidity.

“The whole system was divided into so-called functional blocks including I/O local interfaces responsible for data acquisition on the longwall.”

Similar solutions based on CANBus are used in the external measurement and execution units.

The CANBus controller is connected to all the IS transducers used for measuring temperature, pressure, flow, tram speed, machine attitude and position.

ZZM said the central monitor was the most important element of the whole system. The 15-inch high-resolution monitor displays all the parameters being monitored and any machine faults.

The shearer will be fully supported with comprehensive maintenance and spare parts services.

In Australia, ZZM will use Waratah Engineering to provide service support for the shearer. Inbye Mining Services will cooperate with Waratah to promote the shearer in the market.

In the Indonesian market Waratah will provide maintenance and repair services for Kopex Mining Contractors.

Applying decades of experience with today's advancements in technology