Rosa mine coming along: NovaDX

CANADIAN mine owner NovaDX Ventures says its fully permitted Rosa highwall/auger operation in Alabama is on target for start-up with a contract auger delivery due by the end of this month. 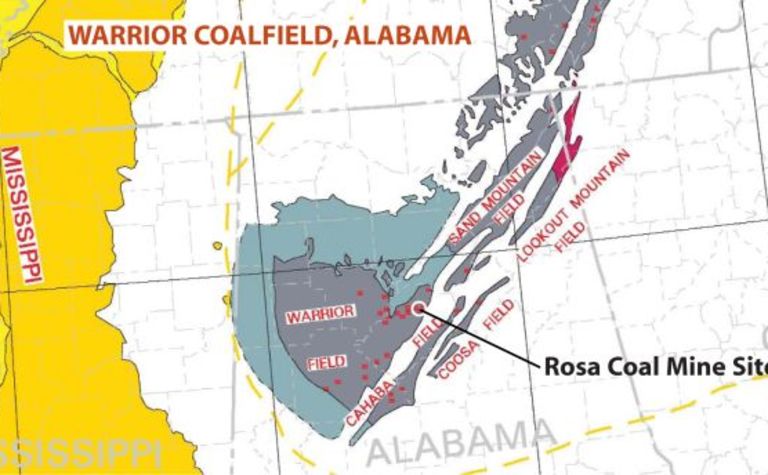 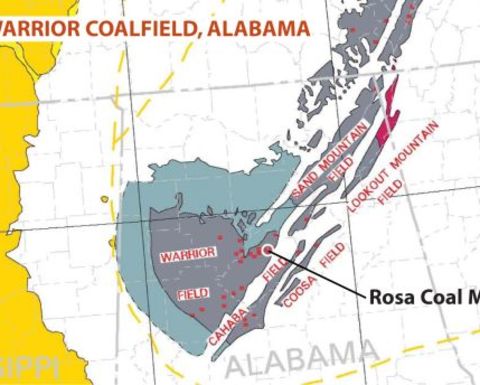 A map of the Rosa mine complex in Alabama. Courtesy NovaDX.

The metallurgical operation, located 43 miles north of Birmingham in the Warrior coalfield, will use triple-head auger machines to extract from an existing exposed highwall left behind after contour mining in the 1970s by former owner Calvert and Marsh.

The company said minimal additional excavation would be required, increasing the cost-effectiveness of operations.

“MCoal [NovaDX’s wholly owned subsidiary] is advancing preparation of the minesite,” the operator said, noting that gates and fencing work at the Blount County mine are being completed as are access roads, haul roads, weigh scales and an office facility.

“[The subsidiary] will shortly complete the second of two settlement ponds and coal stockyard required to support the commencement of its auger mining operations.”

MCoal made an unexpected discovery during the construction of the second sediment pond – it located and extracted about 500 tons of stockpiled Rosa coal not taken via contour mining by the former operator.

“The initial highwall mine face is being prepared in advance of delivery of the auger machine,” the company said.

“No other major pieces of mining equipment are required to commence production, which is expected shortly after the auger machine is delivered and assembled onsite.”

The mine’s output has been primarily committed to local coking facilities.

The Rosa complex has an expected mine life of 12 years. NovaDX submitted its mine permit application for the operation in June 2009.