CONTINUOUS haulage in Australia’s underground coal mines is gathering momentum. With one system already up and running in Queensland and another by a different manufacturer about to be installed in New South Wales, it seems coal companies are warming to the technology. 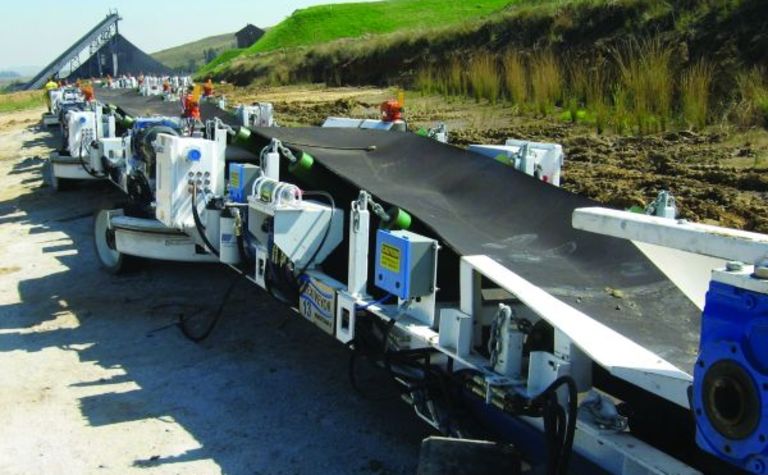 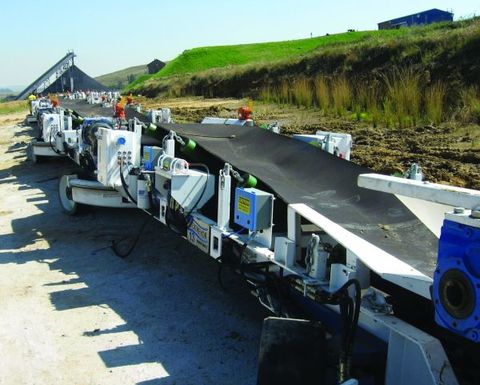 Diversified Mining Services is the exclusive distribution agent for the Flexiveyor Continuous Haulage System in Australia and New Zealand.

About to ride on the crest of that wave is the Anderson Group of Companies, part of Diversified Mining Services, which late last year was chosen by Canadian machinery manufacturer Prairie Machine and Parts as the exclusive distribution agent for the Flexiveyor Continuous Haulage System in Australia and New Zealand.

Anderson has moved quickly on its new offering. A team from Prairie and Anderson took a road show to all the major coal mining companies including BMA, BHP Illawarra, Anglo, Peabody, Vale, Xstrata, Donaldson, Gujarat NRE and Centennial.

“The presentations provided an overview of the Flexiveyor technology as well as addressing the issues of ventilation, services and materials handling, conveyor interface and mining sequencing in and around a mining section utilising the technology,” Anderson mine services general manager Greg Anderson told Australian Longwall Magazine.

“Consistent positive feedback was received with the constant theme that continuous haulage is the way forward to improve development rates whilst addressing inherent safety risks involved in development mining.

“Several mining companies have asked Anderson personnel to complete an inspection of their development operations with the intent to compile a submission to supply a complete continuous haulage package based around a Flexiveyor customised to operational requirements.”

Under the agreement between Anderson and Prairie, the Canadian company will be responsible for the supply of the technology and base fabricated frames, while Anderson is responsible for sales and marketing, supply of all mechanical and electrical components and systems, assembly and commissioning, as well as all after-sales support.

The agreement replaces Prairie’s previous relationship in Australia with South African company Magatar which saw the installation of the first Flexiveyor into Caledon Resources’ Cook Colliery in 2008.

The Flexiveyor is a series of discrete self-contained conveyors coupled together and cascading onto each other which follows the continuous miner and discharges onto the fixed panel conveyor. The machine can be configured (length, height, discharge method, traction speed, feeder breaker option) to suit an individual mine’s applications.

The Flexiveyor technology and application has a 20-year track record with 18 machines in operation in coal, potash, salt and copper mines throughout Canada, the United States, Mexico, the United Kingdom, South Africa and Australia.

Anderson said the Flexiveyor offered the potential for underground coal mines to improve development rates by removing some disadvantages inherent with haulage systems by addressing safety and productivity issues.

The Flexiveyor is slow-moving with predictable movements that are infinitely variable in speed. It also has audible and visual warnings prior to any movement.

The Flexiveyor removes the major risks associated with rubber tyre haulage where operators and immediate area personnel can be at risk of back injuries due to rough ride, being crushed between machines and surrounding ribs, and slip-and-trip hazards.

According to Anderson, the Flexiveyor eliminates high potential for trailing cable damage and electrical sparking risk. Additional safety is built in with an emergency stop capability, always within arm’s reach when standing beside the machine, along the entire length of the machine.

From a productivity perspective, the Flexiveyor allows an operation to use the full capacity of a continuous miner by providing continuous haulage capability from mining face to panel conveyor.

The system can also minimise production time losses due to poor floor conditions caused by rubber-tyred haulage, and eliminates downtime associated with shuttle car trailing cables. For Anderson and the entire Diversified Mining Services company, the inclusion of Flexiveyor allows it to add another major item to its suite of products for the underground coal industry.

“It [Flexiveyor] will be a great addition to our Atlas Copco Coaltram utility vehicle and the other maintenance and support services which we offer to the mining industry,” DMS managing director Terry Young said. 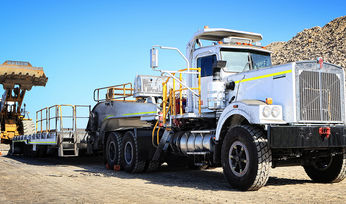 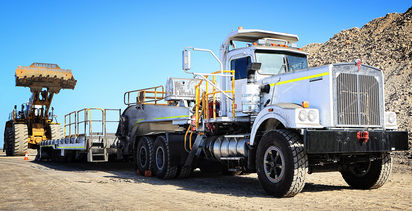