Inside Massey's Aracoma: a new chapter

AFTER losing two valued crew members in 2006 to an incident involving a conveyor belt fire, Massey Energy’s Aracoma operation was targeted by a nationwide mine safety spotlight shone by regulators and industry critics.

Now, more than four years on, the West Virginia room and pillar operation has an enviable array of mine safety technology, much of it internally spearheaded or designed, and is setting a new standard for safe and efficient production. By Donna Caudill

The Aracoma Alma No. 1 operation is perched in the Appalachian foothills of Stollings, Logan County, where mining commenced in 1998.

The mine had a single longwall panel until 2007, when it was determined that the remaining reserves would be better extracted using continuous miner units.

The equipment fleet now includes three Joy 141-5 CM units; the third came online when the mine increased by one active section this year. Also in use underground are Joy 10SC shuttlecars, Fletcher dual-head bolters and Fairchild scoops.

Operator and mine officials have considered the possibility of a second portal at various times over the years, but no finalized plans are in place to add to the Alma Boxcut Portal.

The trip to the furthest section underground, Section 1, aboard one of the operation’s track-set mantrips, primarily Brookville, takes about 55 minutes.

Overburden at Aracoma varies between 200 feet and 1100ft, but work being done is under the deeper side of that range. Strata control is on par for the region, with standard 4ft by 5ft spacing and incorporates fully grouted roof bolts of 48-72 inches, 72in torque tension bolts and 96in cable.

Roadways at Aracoma are 20ft in width, and pillar dimensions average 60-80ft by 70-100ft. While management said some of the deeper areas infrequently experienced sloughing, no mesh or other additional rib requirements have been deemed necessary as an overall solution.

The operator chose both full and partial pillaring for the workings of the operation, the older mined-out areas of which were sealed in late July.

One manager confirmed it was primarily the conditions in the particular area that dictated the recovery plan.

Any gas and dust issues are easily managed underground at the mine as well. The mine’s ventilation circuit includes a blowing fan with split air on each section, and no pre-drainage is necessary.

Also, an ample amount of rock dusting on both a set and as-needed schedule using standard practices and “slinger dusters” mine-wide is completed daily.

Once coal is cut from the 56-62in Alma coal seam amid Aracoma’s 65-76in cutting height – with no coal left behind on the roof or floor – the output is taken by the 48in section beltline to 72in mainline belts to begin its trip to the surface and on to the new Zigmond processing facility.

In total, according to mine management, Aracoma boasts approximately 34,000ft of belt from face to plant.

Staff members report that, after 12 years settling into its processes, efficient and safe production has only improved at the 132-worker (124 underground) Aracoma.

Equipment availability averages 95% thanks in part to a dedicated maintenance team that conducts work on an 8-hour shift outside of the mine’s two 9hr production shifts, and belt availability remains consistent at 98% or above.

Setting a new standard for safety

Aracoma Alma No. 1 has certainly come into its own in the four years since the January 2006 fire. The improvements and additions made to the mine’s overall environment and culture of safety are quite impressive.

The new chapter of enhanced safety began almost immediately at the operation, with the now mine-wide installation of a Pillar Innovations fire suppression system.

Placement began in the longwall section belt area and coverage by the system increased as new segments of the belt infrastructure were added on or replaced underground. Installation of the system was completed in 2007.

Shortly after, Aracoma added another belt-focused safety enhancement – fire hose racks placed along Aracoma’s belt line at every belt head and tailpiece and loaded with 100-200ft of hose each.

The design and placement was such that the hose could be easily connected and powered in the event of an emergency. Staff has been trained on the care and use of the devices.

Some of the changes made at the mine are front and center before leaving the portal office. One of the biggest is the Pyott-Boone monitoring system and MineBoss wireless communications and tracking technology. Surface-based personnel gives every person descending into the mine a tag to wear that reports their location back to a central system.

That data is then displayed on a 50in flat screen television at the portal office along with time inside the operation, the last reported location update and the individual’s distance from the next tracking reader.

Aracoma management said the system has provided necessary data without any problems since being deployed in 2009, and workers were reporting positive feedback.

Wireless communication devices have also been set up to allow emergency communication to the surface even in complete darkness just by turning the units’ dials to the first or last channels and pushing to talk.

Before workers begin their trip underground, they will encounter another Massey-designed safety improvement it refers to as NASCAR netting. The netting is a fabric grid that extends the height of the mantrip door opening and is connected to the unit’s frame with lanyards at the top and bottom.

Once inside, crews simply slide the net across the entry door space.

The nettings are used across all Massey operations and are required on every personnel carrier whether track-based or diesel. In fact, mantrip producers such as Brookville now offer unit models outfitted with the device to protect workers from hazards.

As the personnel carriers move around the operation, it is hard not to encounter and notice the fleet of Service Pump trickle dusters that spread as much as two tons of rock dust around the mine’s active working areas every shift.

While crews also place rock dust by hand in every cut, in compliance with federal regulations, the machines allow for extra coverage as needed in areas of the mine and even without the presence of workers in that area.

A simple on/off switch starts the 480V-powered trickle duster action of disbursing rock dust into the air, where the airborne particles are carried by the mine’s ventilation system.

The units also feature a hose that can extend as much as 1000ft for worker application in a specific area, helping the mine exceed both company and regulatory rock dusting standards.

However, those operations were wait-listed as the manufacturer resupplied its inventory. Massey had purchased approximately six months worth of the units to outfit all of its operations simultaneously.

Another safety highlight spearheaded by Massey’s focus on roof bolting safety was the development of the roof bolter “flapper”. This is a device intended to extend the protection already offered by the bolter unit’s canopy. As the worker doing the bolting travels around the unit to drill and place the bolt in the section, the flapper is raised and extended to keep him or her under constant cover.

Mine management said the idea was taken to equipment producer JH Fletcher with a request to enhance safety on the bolters beyond the already included T bar.

Fletcher now offers flappers on its bolter units for all customers.

In compliance with the MINER Act of 2006 which dictated placement of refuge alternatives at all US operations, and West Virginia state regulations outlining similar laws, Aracoma placed five units at each of its working sections, outby, and along the neutral side of the beltline area.

Four of the units are steel shelters and the fifth is a cinder and steel-design safe haven also outfitted with the federally mandated features of the other chambers.

At about the same time as Aracoma installed its caches of self-contained self rescuers at various areas underground, the mine also switched away from using belt air.

Mine management said the adjustment was made in mid-2006, though its final longwall panel was not completed until early 2007 and was still in operation after the transition.

After permitting testing demonstrations in the design phase of the now-approved systems, the producer has put top priority on outfitting all of its continuous miners – across the entire Massey operational portfolio – with a total of 32 CM-mounted proximity protection devices.

One manager said two had already been deployed on units at other operations, but 30 more were on the way before early 2011.

Under the current schedule, all of Aracoma’s CMs could see the technology addition by year-end.

Massey noted that the additions of the systems were being done on a changeout basis – units being sent out for repair/overhaul are being outfitted before going back online. Of the 30 remaining proximity protection systems still to be deployed at Massey mines, 24 will go online in 2010.

The company is so happy with the performance of the technology and so enthusiastic about its capabilities for saving workers’ lives that it is evaluating being a trailblazer once again.

As of press time, management was evaluating with OEMs and manufacturers the potential for adding proximity protection systems to shuttlecars. 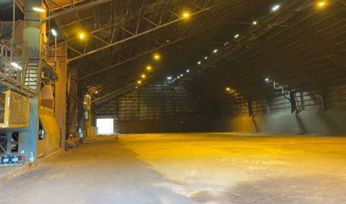 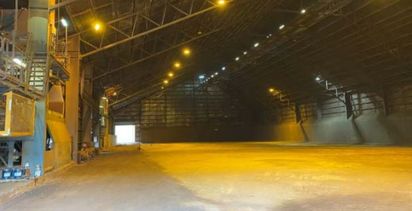