CATERPILLAR chairman Glen Barton told a press conference at the MINExpo exhibition underway in Las Vegas that Caterpillar has developed a new focus in response to changes in the mining market.

"We have realised we can't be everything to everyone," Barton said.

Future decisions would be governed by a clear investment path and return on shareholder equity.

He also said Caterpillar has undergone major restructuring. By 2006, Caterpillar expects to be a US$30 billion company, Barton said. Other changes include a plan to reduce costs by $1 billion over the next three years and produce a shorter time frame for decision making.

Barton said there were important opportunities emerging for Caterpillar in the underground hard rock market, particularly as a result of the Elphinstone purchase, finalised in July 2000.

Barton predicted the introduction of additional products in the underground sector through Elphinstone, but added the company would focus on the larger end of the spectrum.

The current range of LHDs would be broadened if justified, he said.

Caterpillar group president Gerald Shaheen said that from January 1, Richard Benson would become president of a new global mining group within the company. The portfolio will include corporate mining and Caterpillar Elphinstone.

Thoroughtec to get exclusive access to confidential Caterpillar machine data. 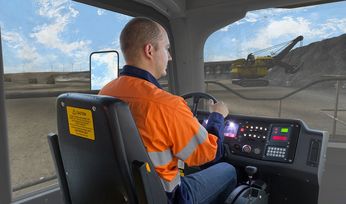 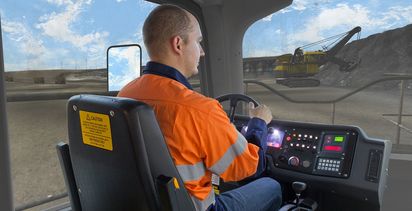