US mine boss says it's all to do with culture

A subject of ongoing debate in the Australian coal industry is why, with similar conditions and equipment, do American longwall operations consistently perform better than their Australian counterparts?

At the recent AJM Longwall Summit in Queensland, local operators gathered to hear Michael Ludlow, general manager of Colorado-based Twentymile Coal Company and Dave Hudson, superintendent of Consol's Bailey mine in Pennsylvania, give their views. Both mines produce 8- 10 million tonnes per annum, making them two of the world's biggest longwall coal operations. However, the visiting mine bosses provided fascinating insights into two quite different operating regimes.

Twentymile's Ludlow concentrated his presentation on effective management procedures and the mine's culture. He said the main features that characterised the site's management philosophy were typical systems approach management ideas. Almost every conceivable aspect of the mining process was planned and then measured.

"We measure just about everything we do at the mine," Ludlow said. Use of key performance indicators, fastidious attention to detail, clearly defined planning procedures and a culture of continuous improvement were some of the reasons Twentymile was a leader in the longwall mining business.

Very little of what Ludlow said was new. There was "no rocket science", one Australian was heard to say afterwards. Generally, this was true. Many concepts, such as rigorous use of management tools and a flat management structure, have been implemented at several newer Australian operations. Queensland mines Crinum and Kestrel, for example, have communication systems comparable with those at Twentymile.

Technically, Twentymile is advanced and has invested in high capacity equipment and some technical innovations. The mining seam averages 2.6m in thickness. Longwall blocks are typically 307m wide and average 3km in length. The longwall face is a DBT supplied system designed to operate at 5000 tonnes per hour while the shearer is a Long-Airdox EL3000.

A Continental Conveyor "Scissorveyor" allows the longwall to retreat 58m before the belt structure is removed. The Scissorveyor's advance is usually completed on the "down shift" by five men in five hours. No Australian mines have installed one of the innovative Scissorveyor systems, though one is under construction in Sydney for a central Queensland mine.

"The mine is a self-contained business unit, which is responsible for all activities including mine planning and design and all accounting and purchasing functions. Coal sales is the one

function that is handled at the corporate level," Ludlow said.

Total employees number 358 in a non-unionised environment. The mine operates seven-day schedules, with shifts of 10 hours, and each employee works 40 hours during the seven-day period. Production is scheduled for 80 hours a week over seven days, giving the mine the flexibility to meet it sales commitments.

"Scheduling the production over a seven day period and 10 hours per day gives the mine the time needed to do necessary maintenance and support work to meet the longwall mining rates of 20m per shift and continuous miner advance rates of 75m per shift," said Ludlow. Productivity is measured both as tonnes produced per shift and tonnes per minute.

Extension of the longwall face width from 256m to 307m increased productivity by 10-13%, Ludlow said. Twentymile's "half web (shearer) cutting method" was unique, he said, and was developed to reduce stress and minimise coal bursts.

"The cutting method ... requires the shearing machine to travel to the tailgate and back for a full 0.9m web," Ludlow said. "The current push is for 75% of the total web depth. When the machine reaches the tailgate it is actually cutting a 100% web beginning 19 shields from the end. The shearer returns to the headgate cutting the remaining 25% of the web and the top and bottom of the total cut."

The main benefits were improved safety and reduced respirable dust. One of the keys to the success of the method, Ludlow said, was a shearer with high tram speeds. "The EL3000 has a top speed of 43m per minute and cuts at 36m a minute. Adjusting the amount of web push as mining conditions vary can maximise the coal carrying capacity of the AFC. No time is wasted at the gate ends to advance and wedge in as there is in a full face cutting method." One disadvantage was increased walking distance for operators — 15 km per shift — and increased wear on trapping shoes and the haulage system.

So what then is so different about Twentymile? One Australian consultant said he believed there were differences in motivation and dedication as well as a profoundly different working culture. Certainly, aside from the technical aspects, absolute rigour and attention to detail are clearly important management philosophies which underpin day to day operations at Twentymile.

Every portion of mining is planned and once complete, plans are disseminated verbally, in writing and visually. Ludlow said the visual maps, drawn using CAD software, included all details from longwall set-up to recovery, with locations of each power move planned in advance.

Visual reinforcement of information already communicated in other ways had proven to be a successful tool, Ludlow said. "Operators ask for the map if they do not get one. That's the real proof of the pudding."

meetings, 45-minute daily meeting and 20-minute shift meetings. Despite the possible perception that so many meetings may tie up key people, Ludlow said setting clear agendas and keeping strictly to time limits ensured the meetings were productive.

"Action plans" are used at the mine which detail, in writing, "what, who and when". This approach reduced confusion, Ludlow said, if a task was "owned" by someone who knew his progress would be followed up at a later date.

One of the most impressive creations is the mine's culture of continuous improvement. "We believe that any process can be improved with teamwork and focus," Ludlow said.

Last year this improvement focus was credited with reducing place change times in the continuous miner sections by 10% and with slashing 300m longwall power and pump moves from 16 hours to three hours.

Twentymile's equipment availabilities are extraordinary. Running at 95% at present, the mine's goal is 100% availability. Its maintenance regimes rely particularly heavily on the tracking of each piece of equipment by section and function, location and cost, while the predictive maintenance program is developing a history of component and equipment life.

Another visiting American commented that he believed one of the problems in Australia was that mine management often lacked continuity either because of people changing positions or new owners taking over mines. The conclusion? No matter how good the vision it can never survive constant flux. Ludlow, on the other hand, has been at Twentymile for 20 years.

Quarterly production of 239,031 ounces of gold from Northern Star. 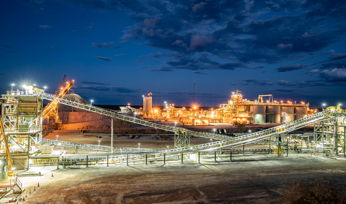 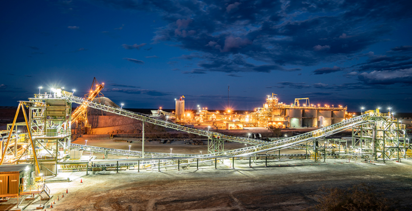