CONTRACT prices of both coking and thermal coal are expected to increase by US$10/t in the next round of annual price negotiations, lifting prices to the highest level in at least 20 years, according to Sydney based Smith Barney, a division of Citigroup Global Markets.

While in previous cycles tightness in hard coking coal prices has been eased through increased semi-soft and PCI consumption, this will not be the case this time.

In China, a high proportion of consumption of local metallurgical coal is semi-soft. Technical constraints and demand for higher quality coal for use in modern blast furnaces necessitate increases in hard coking coal imports.

In Japan further semi-soft and PCI consumption growth will also be limited by PCI technology and because coking oven capacity is fully utilised. Also the narrow differential between hard coking coal prices and semi-soft prices (at least in 2005) will reduce the economic incentive to switch.

Coking coal supply from the major producers is extremely constrained. Australian production is expected to increase 15Mt by 2006, and Canadian production by 5Mt by 2005. Only the USA has the potential to markedly increase supplies, but even in Australia an increase of more than 10mt will take some years.

Smith Barney predicts that in China strong internal demand is expected to reduce exports by around 15Mt in 2004 as the Chinese government tries to address the domestic shortage by restricting exports. Although exports are up 5% ytd, the government has reduced the export rebate and increased other tariffs. Only 58Mt of export quotas have been issued so far in 2004.

“There is an acute and chronic power shortage in China. Brown-outs are a regular occurrence in three quarters of the provinces. Electricity generating capacity is planned to increase by 19% by 2005, most of which will be coal fired. Industrial consumption is also an important source of demand. We project thermal coal demand to grow at around 15%/yr,” the company said.

In Europe escalating gas prices have allowed coal prices to increase without seriously eroding the competitive position of coal. Even at current spot coal prices of US$70/t, the spread in relative energy values is wider than at other time in the past, favouring coal. European imports surged 9% in 2003, and 7% growth is forecast over the next 2 years.

Thermal coal supply is typically highly price elastic. But rail and port bottlenecks in Australia and South Africa are now expected to persist for longer than previously expected, preventing producers from increasing shipments. These constraints are expected to persist until 2006. Only Indonesia has the ability to significantly increase output.

“We now expect a US$10/t (24%) increase in contract prices for JFY05/06, and for spot prices to stabilize at around US$55/t. Previously we expected supply increases to offset demand growth and for prices to decline,” Smith Barney said. 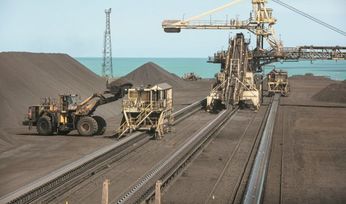 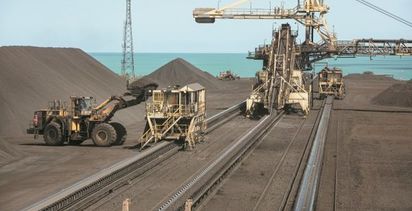