American Metals & Coal International (AMCI) has joined newly-formed lobby faction Newcastle Coal Infrastructure Group, which includes major BHP Billiton, in a bid to give the group additional clout in its expansion vision for the Port of Newcastle.

BHP Billiton, Excel Coal, Centennial Coal and Donaldson Coal formed the group earlier this month to ensure their views on the expansion of the Hunter Valley coal export supply chain were heard.

The core aim of the group (NCIG) is to ensure adequate long-term capacity of port and rail infrastructure to export coal from Newcastle. Future infrastructure will need to accommodate an additional 30 million tonnes in increased production from the four foundation companies over the next five to ten years.

"At the end of the day we want the infrastructure to be there when we need it and we want to put a producers' view on the decisions that are going to be made about infrastructure investment over the next six or 12 months," said Excel Coal managing director and NCIG chairman Tony Haggarty.

While the system reduced the ship queue significantly, smaller producers have been outspoken against the system.

The Australian reported NCIG has had informal talks with Newcastle Terminal Developments, which is proposing a three-stage terminal development with an ultimate annual capacity of up to 45 million tonnes, for A$400million. The initial 15 million tonne a year development would cost $200 million.

PWCS on the other hand have submitted preliminary plans for expansion that would raise annual capacity from 89 million tonnes to about 120million tonnes.

Privately-owned US company AMCI has interests in the Hunter Valley predominantly through Glennies Creek longwall. In February AMCI bought Consol Energy’s 50% interest in Glennies Creek for US$27.5 million and the assumption of $21.3 million debt.

It has had a busy year increasing its interests in Australian coal, announcing just this month it would develop a trial underground mine in Queensland. The Carborough Downs project is located in the central Bowen Basin near the Peak Downs mine and is believed to predominantly host coking coal.

It is also conducting an exploration program through Narrabri Coal in New South Wales’ Gunnedah Basin, which could eventually result in a new longwall mine.

Aquila Resources also announced in January it had joint ventured its coal properties in Queensland to AMCI.

NCIG established it could increase yard capacity by 500,000 tonnes - a 12% increase. 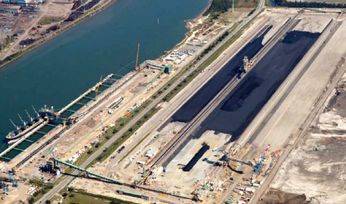 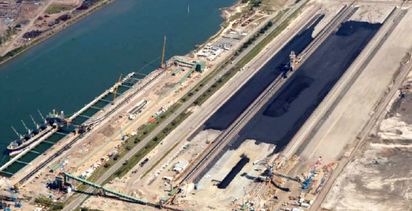