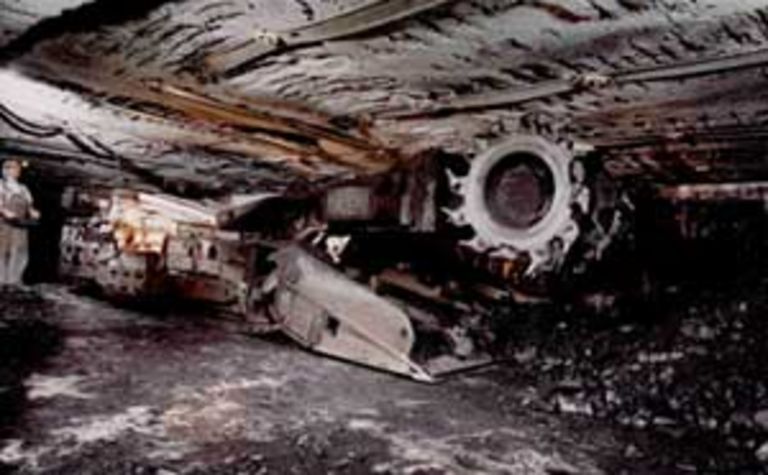 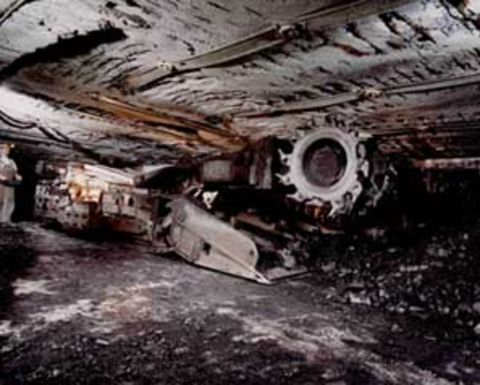 DBT's US place-change machine, the 30M2, underground at Wabash.

The company’s latest machine in the competitive development equipment market represents a total re-engineering of the existing line of continuous miners manufactured by Jeffrey, then Long-Airdox.

When DBT Australia bought Long-Airdox in 2001, it worked with United States designers to come up with a new machine that blended fresh engineering approaches with elements of the original Jeffrey design, known for its proven reliability.

According to DBT business unit manager - development and diesel Tony Scott the key design criteria was to improve reliability and maintainability and reduce the cost of ownership of the machine.

"We began the re-design with extensive market research - we went to operators and asked what features were considered important, and what features they wanted in a miner bolter. Among others they listed ease of access for maintenance, better ergonomics and higher productivity," he said.

"For example, miner bolter cutter motors are traditionally located above the conveyor. The 30MB3 has been designed to allow the motor to be dropped into place through an access cover in the top of the cutter head frame - making it safer and quicker to install," said Scott.

Another maintenance feature is the ability to carry out all maintenance and component changes from either side without the need to remove other components to gain access, as opposed to from the top which requires the removal of the material pods and other structure.

"If operators can save a shift per week in maintenance time, that means more time for operation and increased productivity," he said.

Delivered to the Ulan mine at the beginning of the year, the machine went into service at the end of February after comprehensive competency based training and risk reviews.

Mechanical engineer in charge at Ulan Paul Austin said there had been no major problems with the machine.

"Given this is the first machine in Australia it has performed very well. It delivers a quick load-out time and has run at an average availability of 94%," he said.

At peak loading rate the machine has been measured filling a 12 tonne shuttle car in 18 seconds, which equates to 40t per minute, Scott said.

The 30MB3 offers a totally integrated machine design with cutting, loading and bolting capability and operator comfort considered in the design, rather than drill rigs and operator platforms being an add on item to the core machine. Working with specialist drill rig supplier Hydramatic, DBT has improved the roof bolt positioning capability of the machine.

"A key roof control requirement with gateroad support is the ability to install bolts close to the centre line of the gate. We introduced a 12-degree chamfer on each side of the cutter head frame which allows the roof bolting rigs to be inclined inwards to install the bolts 250mm closer to the centre line on each side than the existing equipment utilised at Ulan can achieve. This means the distance between centre bolts is 500mm less than before," Scott said.

The hydraulic system utilises a load sensing variable displacement piston pump, which allows for simultaneous operation of all six bolting rigs and also reduces heat generation, creating a cooler environment for the operators, an important consideration for Queensland mines.

Key specifications include a mining range of 2-4.16m, cutting power of 340kW and total one hour rated power of 589-738kW (dependant upon final specification).

The conveyor width has also been increased to 914mm, delivering a 20% improvement in capacity and conveyor capacity of up to 40t per minute.

The 'East-West' conveyor offers more efficient loading than other cross conveyor systems and has an automated chain tensioning system.

The radio and hydraulic system have been upgraded to comply with Australia Standard 4240, related to unplanned movement.

Other technical upgrades include a wider track of 556mm, reducing ground bearing pressure to 230 kilo pascals.

Each miner bolter that comes into Australia is sent in kit form, utilising common components including the cutter head and motors, centrifugal loading arms (CLA), and traction casing. The electrics, hydraulics and bolting equipment are fitted separately in Australia prior to delivery.

The 30MB3 has been designed to use the same major components as its US place-change counterpart the 30M2 and the 30M4 machines used in Canada.

A second 30MB3 machine has been ordered by the AMCI Glennies Creek mine and is due for delivery by year-end. 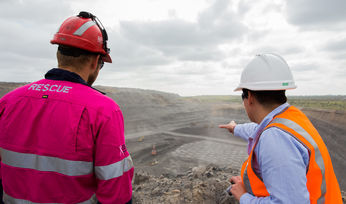 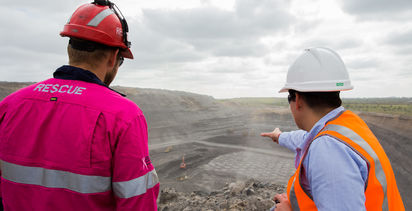