What�s next for conveyors

THE critical lifeblood of any coal mining operation is its conveyor system. The risks associated with conveyor downtime or failure are now well and truly recognised with mine operators paying much closer attention to the mitigation of such risks. 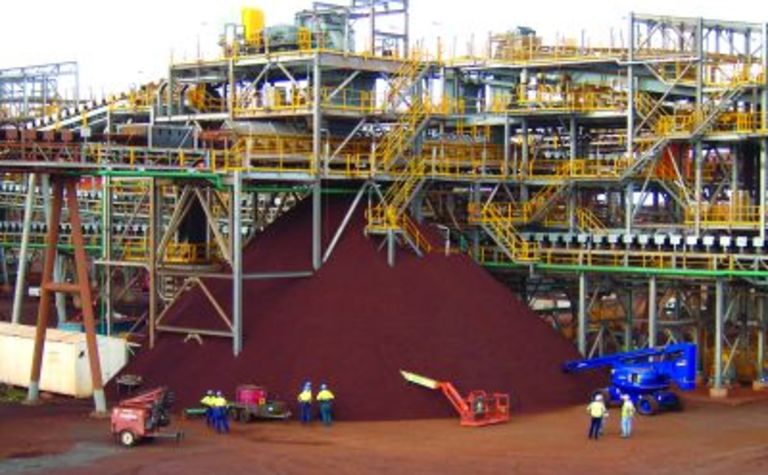 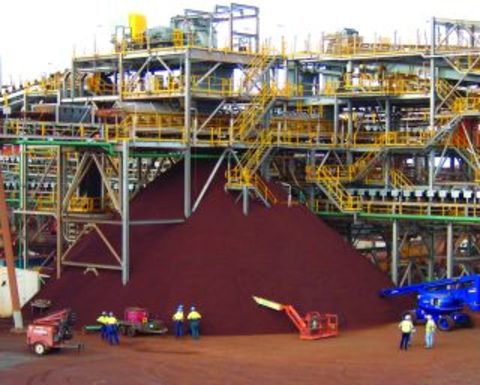 Failed transfer point at an iron ore mine.

O’Donovan is a conveyor design specialist who’s had a hand in a large number of new conveyor projects in the underground sector in recent years.

Most recently for example, he was involved with the design of the Newlands Northern high tonnage underground conveyor system. This project involved designing a 5000m long system to deal with some very complex up-down geometry including a 60m fall and 200m rise.

An area attracting interest from mine operators, according to O’Donovan, is transfer points. A large number of projects – roughly half in the iron ore sector and the other half in coal – have highlighted this as a big concern.

“The biggest block has come through some of the projects in Western Australia where they’ve done post-project risk assessments on what went wrong in the project and how they can mitigate these risks in the future,” O’Donovan said.

“In the last round of upgrades done five or so years ago they found the biggest post-construction problems were in the transfer points. But with transfer points there is no easy way to reduce the risk.”

Nothing costs more than a bad transfer point, O’Donovan said. Spillage is a perennial problem which means costly clean-up. Coal ingestion into the system – where the material gets under the belt or onto the return belt – is not only a maintenance headache but can also bring a mine to a grinding halt. Analysis of a problem is difficult as a problematic transfer point often self-unloads after a blockage leaving a huge mess but little indication of what is causing the problem.

An Illawarra mine for instance, has experienced a couple of incidents with material caught in the transfer tearing belts.

In the iron ore industry O’Donovan has seen increased use of analysis tools during the design phase to identify risk, a trend expected to flow through to coal.

A new development is physical modelling by building scale models of conveyors and putting material through to identify blockages ahead of full-scale construction.

Mathematical modelling, which O’Donovan does from his desktop computer, is quicker and cheaper and has the advantage of modelling an entire system rather than a section.

In one instance a mine in the west is doing both, which allows the conveyor designer to calibrate the mathematical model using the small physical model.

The relatively recent advent of computer modelling is one of the most powerful tools conveyor designers have today.

“This kind of modelling simply provides more certainty that when a new system is turned on it will do what it was designed to do,” he said.

Not only are these CAD-based tools being used in initial conveyor design, they are finding powerful application in assessing design flaws in existing systems. O’Donovan can easily demonstrate on his office computer how changing certain design parameters affects the way material flows in a model. “Small changes can have a big impact,” he said.

This kind of flexibility is not possible in a real mine.

These analysis tools are expected to come in handy as longwall mines produce more coal. Mine expansions and the advent of ever-widening faces will bring pressure to bear on existing conveyor systems, particularly in older mines. O’Donovan has already seen inherent problems surfacing at some mines with 10-year-old plus systems and this is because many of these older systems have rarely run at nameplate capacity.

Australia’s best mines operate their conveyors at utilisation of around 25% to 33%, he said, while the worst operate at around 10% to 15%.

Australia’s top longwall mine, Xstrata Coal’s Beltana mine in NSW, leads the way in conveyor utilisation and though the system is rated at 3000 tonnes per hour it is regularly run at capacities of 3500tph.

“Operators at Beltana regularly run their equipment significantly above design capacity, but with a full understanding of what they’re doing and with detailed monitoring of temperature and key parameters. This way they can significantly increase peak throughput without a major capital injection.

This will exacerbate any shortcomings in their system.

O’Donovan also remarked on the advent of very long conveyors such as the new Curragh and Dawson opencut overland conveyors that are being designed at lengths of 20km plus.

Until recently, mine management were uncomfortable with lengths much greater than 10km, despite being technically possible.

A new sense of confidence in the technology is behind the move to much longer systems.

O’Donovan said other achievements of recent years included signal line systems supplied by companies including Austdac, Ampcontrol and Ringway. These systems now allow remote isolation of conveyor systems, which has made routine maintenance safer and much easier.

“In the past when people were required to change an idler or do maintenance there was no way they’d go to the other end and tag out the conveyor. If you went through the full required isolation procedures you could never have undertaken maintenance. Or the mine would have shut.”

The first all composite roller overland conveyor in WA's Pilbara is taking shape. 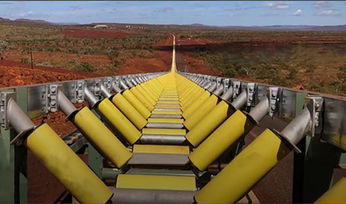 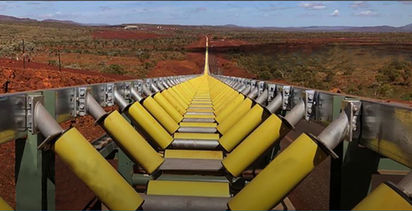 Martin moves in to Queensland