NEW operations Raven Complex and Beckley Complex and the resumption of mining at Sentinel-Clarion should help International Coal Group limp back to profitability in 2007 after reporting a 2006 net loss of $US9.3 million.

The 2006 full-year results were adversely affected by the Sago mine accident and the Viper mine fire, which negatively impacted earnings by about $15 million, and by the unplanned idling of the Sycamore No. 2 mine due to geologic and unmapped gas well issues.

“We were pleased to achieve our earnings guidance for both the quarter and the year despite multiple operating challenges,” ICG chief Ben Hatfield said.

“Production costs for the quarter were substantially improved by stronger operational performance, coupled with the previously announced idling of several high-cost production units. We also overcame a significant shortfall in brokered coal income as the contracted suppliers encountered various production and shipping hurdles.”

During October the Raven Complex in Kentucky commenced operations of its preparation plant. The mine is expected to reach full production of 1.2Mt by the end of 2007.

During November the Sentinel-Clarion mine in West Virginia resumed coal production after an eight-month construction outage for extension of the mine’s shaft and slope. The mine is expected to produce more than 1.5Mt.

The company’s new 1.3Mt ICG Beckley Complex is projected to begin production in the third quarter of 2007.

In response to the weak market environment ICG has delayed development of the planned 3.8Mt Tygart No. 1 Complex in Taylor County, West Virginia by about 12 months.

Capital spending on the project during 2007 will be limited to construction of schedule-critical components such as site access. Full-scale shaft and slope excavation is expected to commence in early 2008, with coal production start-up projected for mid-2009.

Coal production is expected to total 17-18Mt for the year. 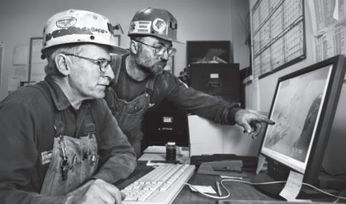 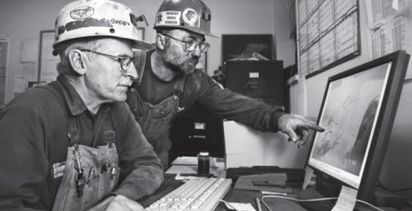 ICG numbers up despite rocky market