THE US Mine Safety and Health Administration this week released a public information bulletin for US operations regarding possible hazards associated with continuous haulage systems.

The agency specified its definition of a continuous haulage system as a series of piggyback mobile bridge carriers (MBC) and chain bridge conveyors, alternating in sequence and either attached to the continuous miner or trammed behind it. MBC feeder-breakers can sometimes be a part of the configuration, and its length and size depends on the mine.

“The use of continuous haulage systems is increasing,” MSHA said of its motivation to distribute the PIB.

“Continuous haulage systems … introduced to the mining industry in the late 1950s have been used routinely since the early 1970s, and following significant improvements became widely used in the early 1980s.

“Modern-day versions have been responsible for dramatically increasing productivity.”

The agency said that increase has placed a safety spotlight on the units.

The agency said these include ineffective communication between unit operators, a lack of space surrounding the system, limited visibility to the operators of the MBCs – especially the most outby carrier – and following unsafe working processes.

The agency conducted a review between 1985 and this year regarding continuous haulage incidents, which revealed seven fatalities and 305 nonfatal accidents, many including serious injuries.

“Most of these accidents, including three involving fatalities, are attributed to the limited clearance between the equipment and the coal rib, roof and mining equipment, resulting in crushing injuries to miners,” MSHA said.

Victim was trapped between machine and rib while tramming mobile bridge conveyor;

MBC operator was struck in the head with a 48in piece of roof bolt drill steel when the drill steel he was trying to insert into the opening on the conveyor tail roller made contact with the revolving tail roller, causing it to break and strike him;

Roof fall injury while operating the No. 3 MBC;

Fatal crush injuries when a worker was caught between the Long Airdox mobile bridge carrier and the mine rib;

Fatal injuries from a worker caught in the dolly of a mobile bridge system; and

Employee pinned between the No. 4 mobile bridge unit and the section lo-lo conveyor belt structure who was apparently troubleshooting a report of weak tramming on the left side of the mobile unit.

MSHA said it hopes the number of incidents related to the use of systems can be reduced through safe processes and an understanding of past scenarios. With regards to best practice protocol, the agency said it recommends operations install the following:

Entry/crosscut configuration, mining sequence and equipment set-up should be developed and used to minimise pinch points;

Sight lines should be established and closely followed to ensure proper clearance at all times;

All workers and operators, including the miner operator, should maintain an adequate means of two-way communication with each other;

During operation, MBC operators should stay within the confines of the operator deck at all times. The entire system should be automatically de-energised when any operator of an MBC leaves his/her operating station. (MSHA added that technology is currently available for automatic and complete system de-energisation when an operator leaves the work station to reduce the risk of injury);

Miners should not cross over the bridge system until the entire system is de-energised;

Miners should not cross under mobile bridge units when there is a potential for collapse;

Any panic bar and/or emergency stop switch in any of the MBCs should de-energise the entire system when activated;

Manual positions on sequence switches should not be used to run the system during normal production;

The panic bar and/or emergency stop switch on the MBC should also be able to de-energise the continuous mining machine;

Where the coal bed height permits, all MBCs should be equipped with protective cabs or canopies at each operating station. Equipment size should be compatible with mining height and width, considering adequate roof control and necessary clearance; and

Procedures should be established to minimise the number of miners travelling or working along the system while it is in operation. During place changing or other extended movement, foot travel alongside the haulage system by miners other than equipment operators should not be permitted. 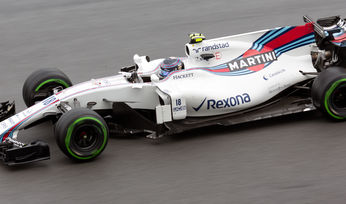 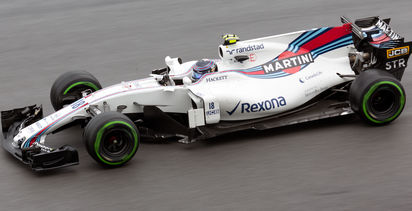