RECENT lay-offs at Macarthur Coals Coppabella mine have more to do with the restructuring of mining company's workforce than infrastructure problems, according to Minister for Transport and Main Roads Paul Lucas.

Excavator and dragline at Coppabella Mine - Courtesy of Macarthur Coal

Downer EDI Mining, which operates Coppabella on behalf of Macarthur Coal, reported that export bottlenecks along the railways and port played a large role in the 136 workers being made redundant.

However, Lucas said that this was not the whole story.

“Our understanding is that Macarthur Coal is moving away from operating the mine under a contracting basis towards an owner-operator status, and that this move is the major factor behind the redundancies,” he said.

The company also told the Australian Securities Exchange in February that rain had impacted on coal production and that coal inventories were low.

“[Queensland Rail] has advised that its coal railings of 5.15 million tonnes for the Coppabella and Moorvale mines in 2006-07 substantially exceeded contract obligations,” Lucas said.

“QR reports it moved 116 percent of its contractual obligation for Coppabella and 156 percent for Moorvale."

Lucas said that with over $4.4 billion currently invested in coal transport infrastructure, the State Government's commitment to the industry was clear.

Lucas also pointed to comments from Queensland Resources Council chief executive Michael Roche that port bottlenecks had occurred because of the unanticipated spike in demand for coal.

“I note Mr Roche is quoted as saying the issues go beyond who owns and operates the ports," Lucas said.

“I also note quotes from Mr Roche saying infrastructure projects could be achieved sooner if the Federal Government invested some money." 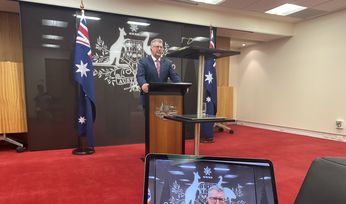 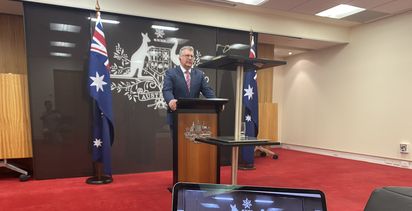