TRANSPORTATION hold-ups have created a vast coal price disparity between China’s interior and coastal areas, a situation exploited by the world’s largest coal producer, China Shenhua Energy – but improvements in the country’s rail networks are set to make the profiteering a thing of the past.

China is actively building high speed and standard rail networks that will lessen the hold-ups and drive up the cost of coal, causing big problems for Shenhua.

A significant part of Shenhua’s profits comes from buying cheap coal from the interior and selling it at a huge profit on the coast.

An influx of supply to the coast could see the company’s profits dwindling.

Shenhua has been able to avoid the country’s major rail issues, which have driven down the profit margins of its biggest competitors.

Other companies have to contend with transport gaps that require coal to be transported by trucks instead of rail, as well as corrupt local officials taking bribes.

Shenhua is the only coal producer to operate its own rail line, eradicating the many issues faced by other companies but it still hugely inflates its prices once the coal reaches the coast.

Sanford Bernstein analyst Michael Parker predicted that Shenhua made a $US1.2 billion ($A1.3 billion) profit from the arbitrage alone last year.

The massive expansion of China’s rail network could see that figure plummet.

High speed rail is moving passenger trains off standard rail lines and making way for an expansion of rail for transporting coal.

According to analysts, within two years new rail lines will carry an additional 842 million tonnes or 39% more than current capacity.

In order to offset the fall in profit and counteract declining coal prices, Shenhua is expanding form its existing base of revenues from power plants, ports and railway lines.

Last year, the company acquired a chemical processing firm and announced plans for a joint venture in US shale gas.

Environmentalists say turbid water was ponding on the rail line without sediment traps. 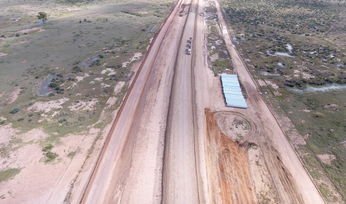 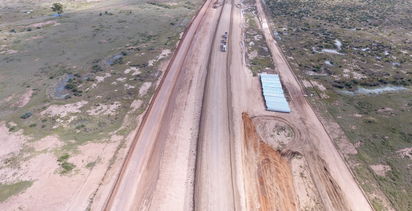