AECOM yesterday reported third quarter revenue of about $US2 billion ($A2.15 billion), down 4.8% year over year.

US net service revenue was at $1.2 billion, down 2.5% from the third quarter last year.

However, AECOM president and CEO Michael Burke said the company remained on track to achieve its full-year goal of free cashflow at least equal to net income.

“We also continued to make progress on increasing our earnings before interest, taxes, depreciation, and amortisation margins, which were up by more than 200 basis points sequentially.”

Despite this slight overall decline, AECOM reported positive new wins of $2.2 billion, which fuelled a record backlog of $20.5 billion, a 22% year-over-year increase.

“Backlog increased in our construction services business and in our growth markets, including Asia and Europe,” Burke said.

“We are particularly pleased to see signs of strength in our professional technical services (PTS) segment.”

The PTS segment recorded revenue of $1.8 billion, down 2.8% compared to the third quarter of fiscal year 2013 and net service revenue of $1.11 billion, an increase of 0.9% driven by continued growth in Europe, the Middle East, Africa and Asia, as well as the construction services business in the Americas.

AECOM’s US construction business is set for expansion with the July acquisitions of the Hunt Construction Group and the URS Corporation.

“In mid-July, we announced the execution of a definitive agreement to acquire URS Corporation – this strategic combination will accelerate AECOM’s vision to become the premier fully integrated infrastructure firm in the world,” Burke said.

“The acquisition is on track to close in October and I’m pleased to report that feedback from both clients and employees has been overwhelmingly positive.”

On a constant currency basis, the PTS segment reported an increase in organic net service revenue of 1.8%. Operating income decreased 15.9% year over year, but increased 18.7% sequentially.

AECOM said the declines in revenue and NSR were primarily due to the migration of operations away from Afghanistan; however, it forecasts promising growth as the segment made new wins in higher-margin, non-Department of Defence work.

For the 2014 fiscal outlook, AECOM expects that full-year earnings per share will be in the range of $2.50 to $2.60. This guidance assumes slightly lower NSR from the previous year, higher EBITDA margin and excludes costs associated with the recent acquisitions, including the $6 billion takeover offer of URS.

Abra concentrate is to be exported from Geraldton port, as part of two recent contracts. 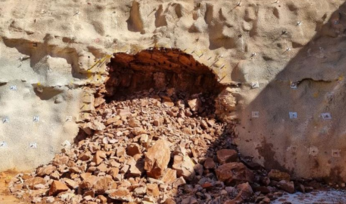 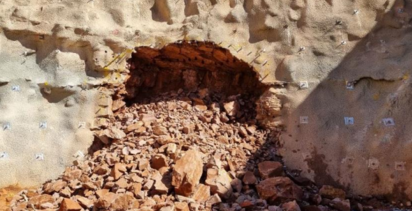