THE Northern Ontario Institute of Technology has nominated Ray Roussy, developer of modern day sonic drilling technology and the president of the Sonic Drill Corporation, for the Ontario Premier’s award.

Roussy is an alumni of the institute in Canada where he was first introduced to mechanical engineering before continuing onto Lakehead University where he graduated with a Bachelor of Mechanical Engineering degree in 1974.

Today, 40 years later, Roussy holds dozens of patents involving sonic drilling technology and is solely responsible for the successful commercialization of it. .

If Roussy wins the Ontario Premier’s award, it will be the fourth award since 2008 for his technology.

Due to its non-intrusive abilities, sonic drilling technology has often been used (and specifically requested in government contracts) for sensitive projects such as dam remediation, nuclear site investigations and hazardous waste site reclamation.

Because vibrations from the drill bit are not transmitted very far beyond the drill, penetrations can occur into very sensitive areas such as critical eco-systems, unstable terrain or vulnerable situations where traditional drilling would cause more harm or be impossible to complete.

Another case of a drill rig contacting energised power lines in NSW. 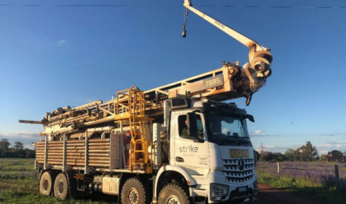 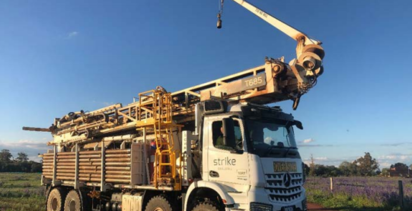