Game over for explosives duopoly

IT’S game-over for Australia’s cosy mine explosives duopoly with the confirmation that South Africa’s AEL had signed a five-year supply deal with the country’s (and world’s) biggest earthmover, Thiess.

Thiess, part of ASX-listed Leighton Group, is Australia’s largest contract miner, largely by virtue of its east coast coal-sector presence. It is also a big player in Indonesia’s coal sector. The deal with AEL is for explosives, initiating systems and technical services.

“As we have argued for some time, well-established foreign explosive firms are being pulled to the Australian market by large mining houses seeking to stimulate competition with Australian incumbents. Reflecting this trend, press reports suggest it was Thiess that approached AEL for supply.”

Morgan Stanley says Orica is the biggest loser from the AEL incursion.

“It is our expectation that explosives and services sourced from AEL will replace Orica supply,” it said. “Full explosives supply commences this month with AEL confirming its Indonesian assets will support a regional supply chain – implying at least some imported supply.

“Assuming supply is across both Queensland and New South Wales – in line with Thiess’ mining operations – we expect this new agreement could result in about a 10% reduction in AN (ammonium nitrate) demand for Orica on the east coast in 2015 with this growing to about 20% in 2016.

“While Orica may look to supply AN to AEL on a wholesale basis, it remains unclear if such an agreement is in place.”

AEL has previously flagged its intention to grow its Australian AN volumes to 245,000 tonnes in 2018 (from zero in 2014). Morgan Stanley said it expected much of the growth profile would be underpinned by the roll off of existing contractual arrangements between Thiess and Orica.

“Ongoing challenges to ORI’s incumbent position are expected to continue with [Russia’s] Nitro Sibir now also beginning to make small inroads on the east coast and the potential for other new entrants to join the market remaining high.”

Orica’s major rival in Australia and elsewhere is Incitec Pivot-owned Dyno Nobel, with the pair said to control about 40% of the global market for mine explosives.

Fully autonomous charging and blasting in the next five years a distinct possibility. 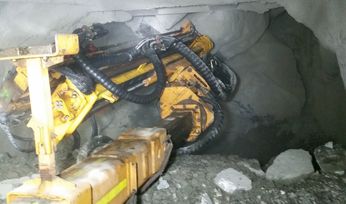 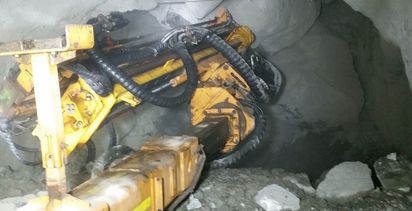