A NEW South Wales parliamentary inquiry has defied the state government and called for a further halt on gas drilling despite acknowledging that long-term contracts that have underpinned its secure supply coming to an end, plunging NSW into a supply shortage.

“The NSW government proposes to address the challenges facing NSW by developing the state’s coal seam gas reserves,” Shooters and Fishers Party MLC Robert Borsak, chair of the Committee on the Supply and Cost of Gas and Liquid Fuels in NSW, said.

“In light of the significant public debate about coal seam gas extraction, it is a recommendation of this report that such expansion is not contemplated until all the recommendations of the NSW chief scientist and engineer, contained in the 2014 Independent Review of Coal Seam Gas Activities in NSW, are implemented in full.”

The committee also went beyond its remit by recommending the whole country adopt an “Australia-wide” gas reservation policy to help contain gas prices and ensure security of supply.

“This report also argues that the development of the state’s coal seam gas reserves will not, on its own, act to address the challenges facing the gas market in NSW,” he said.

“In order for gas markets to operate effectively there needs to be current and accessible information as to how much gas is available to purchase.

“This area of the gas market is currently lacking. This report recommends that the Minister for Resources and Energy seeks to address this through the Council of Australian Governments’ Energy Council by seeking to have information on supply available on the Gas Bulletin Board and the creation of a gas market equivalent of the national electricity market.”

He acknowledged the crisis the state faced, however, and cited the domestic market being linked to international markets through Queensland’s LNG export projects which end users said pushed up gas prices. But the committee believed the state’s coal seam gas reserves would not address the challenges facing the gas market.

Exploration licences cover 60% of NSW, with the two most advanced prospective production sites being at the Santos-operated Narrabri site and AGL Energy’s Gloucester, which have both been the subject of anti-fossil fuel challenges.

While the Lock the Gate Alliance supported the decision to “halt gas drilling in NSW”, the state government has not issued any new CSG exploration licences since 2011.

The only CSG currently being produced in NSW is from Camden project – 65km southwest of the Sydney CBD, where AGL has been producing for more than 12 years. This has also been the subject of environmental activism.

“After waiting so long to hear the chief scientist’s recommendations, we cannot wait any longer for them to be implemented. The NSW gas plan is now in tatters, and must be completely re-written off the back of this report,” Lock the Gate national coordinator Phil Laird. 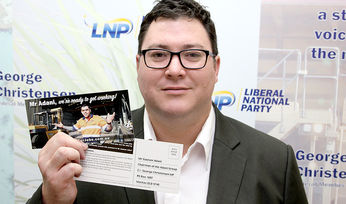 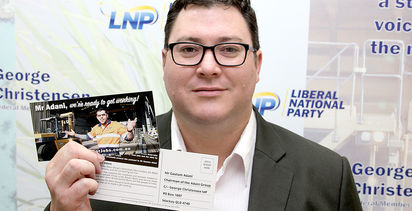 NSW sets up inquiry that looks at life after coal