This means the indicated and inferred resources to 187Mt have been defined across the combined Mariola project.

The maiden resources will go into the pre-feasibility study Salva Resources has started for Mariola 2, and once that is done, two discrete Mariola concessions will be combined into one overall project.

Balamara managing director Mike Ralston said the completion of a maiden mineral resource estimate within just three months of being awarded the Mariola 2 concession spoke volumes of the company’s commitment to rapidly advance its Polish coal portfolio towards development.

The company believes combining the two concessions into one big project will deliver “significant” cost savings through the resulting operating synergies.

Permitting is underway for the final four drill holes to be completed at Mariola 1. Those holes are needed to start a definitive feasibility study.

Balamara believes that the Mariola project can become a “very profitable” first mining operation from 2017 due to the high quality nature of the coal, the shallow depth of the deposit and the resultant predicted low operating costs, plus the low logistical costs associated with moving coal in the region.

EUROPEAN coal developer Balamara Resources has been awarded what it calls a valuable coal concession,... 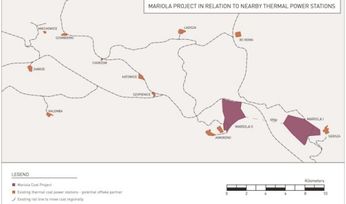 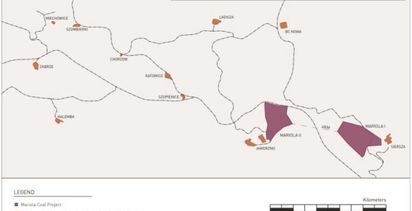