LNG producers with exposure to the oil price are likely to continue to face headwinds for some years according to global ratings agency, Standard and Poor’s.

Earnings growth for the sector could fall by about 100% in the first quarter from the same period last year.

S&P’s price assumptions for 2016 are for Brent crude to average around $40/bbl, but while oil earnings are set to plunge the overall earnings growth for the entire S&P 500 is expected to drop only about 7.5% for the quarter.

Much of the US unconventional onshore oil sector is no longer profitable at prices below $US40/bbl, and there are dire warnings that the second quarter could be worse than the first for oil companies as US banks start to review their loans to producers.

If the banks decide a company has borrowed more than it can afford to repay, the reviews could spark asset fire sales to raise cash, or drive more firms into bankruptcy.

More than 50 companies have already collapsed due to the oil price rout.

Global oil and gas giants, including ExxonMobil, ConocoPhillips, BP and Shell will start reporting first-quarter earnings in late April, and all endured substantial losses in 2015,and billions more in losses are expected this year.

S&P says relief could come with an oil price rebound and higher gas demand, were driven by actual and sustained stronger economic growth and demand from China and elsewhere, but it considers any such recovery more theoretical than likely in the near-term.

S&P London-based director, commodity ratings, Simon Redmond, who will be in Perth next week for the LNG 18 conference to provide a detailed LNG market overview, said LNG global revenues per tonne are low, and geographical price differentials, trade flows and market dynamics are more volatile than for many years as global LNG supply capacity increases.

“For new LNG volumes, the current and future price and market outlook is likely more in line with stress scenarios considered at the time of final investment decisions.”

Redmond warned that it would take a material event to shift market expectations in 2016 for LNG and bring higher returns back into the sector.

“Given the volume of new LNG supply, mostly contracted, the LNG market will likely remain a bit like the proverbial oil or LNG tanker - slow to change direction,” Redmond said.

“Even with Henry Hub (gas) prices at record lows currently, the arbitrage with substantially reduced landed Asian prices doesn’t allow the kind of trading margins that had become normal just a few years ago and as a result, this is seeing the balance swing back in favour of the utilities and off-takers during contract negotiations.

“However, while not our base case, any sustained snap-back in oil prices would feed-through to LNG with a time lag.

“If such an oil price rebound was driven by stronger economic growth and demand from China and elsewhere, this could reset the actual and perceived supply demand balance for LNG - but that remains just a theoretical scenario at the moment.

“Other factors such as higher coal prices could support gas prices and demand in Europe as a result of switching by power generators.”

On the LNG upside, and depending on the time horizons for participating companies, banks and investors, some new LNG projects, particularly those with tolling arrangements in the United States, could still emerge from the drawing board, Redmond said.

“Equally positively, construction risks are abating for many LNG projects that are now ramping up production.”

More US gas could be bad news for Australian projects still on the drawing board, but Redmond said global and Australian LNG players’ ratings were more tied to the wider oil price than their respective LNG businesses alone.

“We recognise, however, that some pressures may arise where cash flows from a material LNG project are likely to fall short of our previous assumptions,” Redmond said.

“This may not be the case where the commercial arrangements are on a fee or tolling basis, as long as the project actually starts up.

“From a credit perspective, the location of an LNG plant and its main off-takers are relevant factors in 2016 and beyond, especially for uncontracted volumes where transport distances are more important.

“However, the overall stand-alone and comparative economics of a project can ultimately be more important for ratings, unless sovereign risks are material.”

Redmond said that while investors’ attention tended to focus on the economics of individual new LNG undertakings, part of the value-add of these projects was in the fact they could provide some diversification for integrated oil majors and other companies.

“Long-term off-take agreements can provide some welcome visibility in a volatile oil and gas industry,” he said.

“A meaningful gas exposure, as well as oil, which is not so constrained by pipelines to a specific geography or country risks, can be positive from a credit perspective.

“That said, locking in a lower return on invested capital as a result of heavier than expected investment and lower prices for a longer period than anticipated, is not a strong selling point for stakeholders in new LNG projects.”

LNG 18, the world’s largest event on the 2016 global LNG calendar, will be held in Perth between April 9-15 and will attract more hundreds of gas industry executives from more than 70 nations. 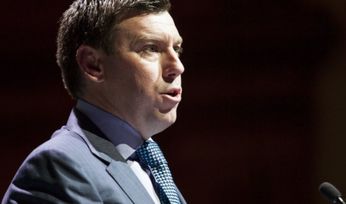 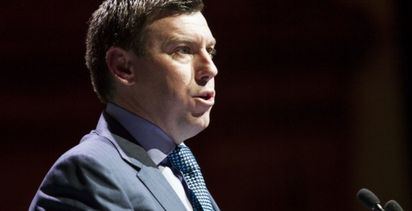