IF SIR Walter Scott hadn’t said it first, Hogsback would be tempted to say of the global anti-coal campaign: “Oh, what a tangled web we weave, when first we practise to deceive.”

Deception, in the case of the great Scottish writer, was a reference in an epic poem about the Battle of Flodden Field that led to the death of the Scots king James IV.

Deception, in the case of Hogsback, refers to the promises made about a coal and a carbon-free future that is becoming a very disturbing electricity-free future for some people.

Four events over the past week have reinforced a view that coal not only has a bright future, thanks to its reliability as an energy source, but that it might not be long before the tide of public opinion turns against the anti-coal crusaders who are leading several heavily populated parts of the world into an era of brown-outs and black-outs.

Before dissecting the four events, it is worth considering the common thread that links them. The modern world demands an increasing amount of electricity.

Renewable energy sources and other alternatives to coal are either unable to meet demand or are fiercely expensive. Coal reduction schemes, such as carbon trading and carbon taxes, are not working and brown-out threats are growing by the day.

So what happened last week filled The Hog with confidence that coal was not about to fade away, but actually could stage a comeback, thanks to demand from industry and households for reliable power. The four events, scattered across the world, were:

Linking those developments are the common threads referred to earlier; power demand is rising, not falling, and attempts to rig the energy market through schemes such as carbon trading and carbon taxes are simply not working and, worse still, they are driving up the price of power.

At some point, and The Hog suspects it might not be too far off, industrial power users and suburban households will recognise that they have been deceived by the promises of a world that is (a) carbon free and (b) able to meet its energy needs from non-coal energy sources.

Britain could be the first place to start a revolt against higher energy prices, thanks to a 20% rise in average electricity bills over the past year and the prospect of a 60% increase to come as more Russian natural gas is burned to replace mothballed coal-fired power.

On current estimates, a power shortage crisis will break over the UK between 2015 and 2018 as more coal-fired power stations are closed and their replacement wind farms and nuclear power stations fail to fill the gap.

In Europe, the problem with its world-leading carbon trading scheme can be traced to a collapse in power demand thanks to a deep recession, and a surplus of carbon permits which has led to their price collapse from 30 euros ($A38.40) a tonne to less than 3 euros a tonne. That is a fall that eliminates any incentive to cut coal consumption but highlights the dangers of government fiddling with a market.

In Australia, the first event was the University of Queensland report, which demonstrated the country was not on track to cut carbon emissions because demand for power was so strong, and the only energy source able to meet demand was coal.

The second Australian event was a report by a consulting firm called Carbon + Energy Markets; it claimed the carbon tax compensation scheme, another example of government fiddling with markets, could lead to coal-fired power station operators reaping a windfall profit bonus of as much as $2.3 billion over the next 15 years.

From The Hog’s perspective, everything that has happened over the past week highlights the problem of governments and environmental lobby groups trying to rid the world of a commodity that it simply cannot do without.

In time, reality will dawn as power prices soar and energy consumers realise that they have been horribly deceived by the promise of an affordable carbon-free world. 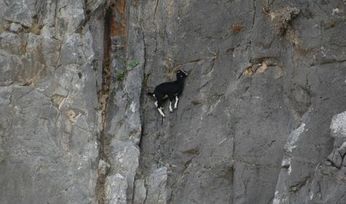 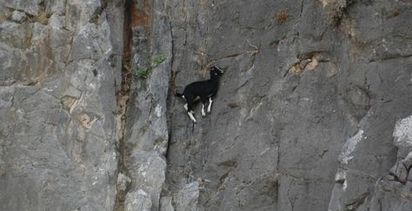