China’s recent plans to develop a carbon tax and cut carbon emissions will send ripples all the way to Australia as global shipments of thermal coal could be 18% lower by 2015, according to analysts. 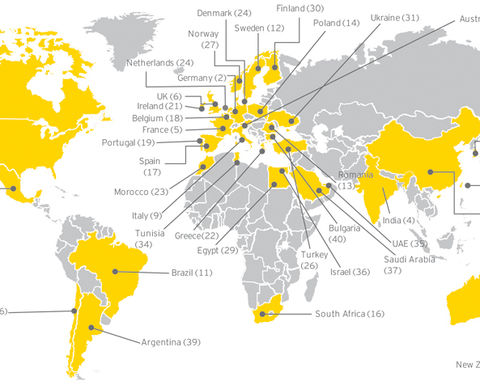 "Seaborne trade in the power-station fuel will shrink to 790 million tonnes, about the same as 2010, in a scenario where China increases resource taxes and introduces other levies to curb carbon emissions," Michael Lewis, Deutsche Bank’s head of commodities research, said in a March 1 report. Without such measures, shipments will be 960 million tonnes.

Last month the State Council of China indicated it would cap coal consumption at less than 4 billion tonnes, a move that would reduce the price of coal and other resources.

“The potential revisions to coal demand as a result of a higher resource tax and levies on carbon and other emissions would likely reduce coal import demand markedly, and possibly even return China to the status of net exporter, which last occurred in 2008,” according to the report.

“China accounts for 19% of all seaborne thermal coal demand as well as being the biggest producer, mining 3.6 billion tonnes, or 45% of the world total in 2012,” Deutsche Bank said. Imports represented 5% of its needs. Cleaner fuels represented 13% of China’s energy consumption in 2010-11, compared with 42% in Organisation for Economic Co-operation and Development Countries, according to the bank.

Australian mines’ production costs are among the highest globally and they would be most hurt by the reduced demand because they supply 30% of China’s imports, the report noted. “Benchmark prices at Newcastle would need to fall to at least US$87 (A$85) per tonne to force 43 million tonnes of export output offline,” according to Deutsche Bank.

If China’s government takes no action to address the country’s pollution crisis, thermal coal imports will decline to 170 million tonnes in 2014 from 175 million this year, shrinking to 160 million in 2015, according to recent estimates.

"The expectations in the rest of the world that China would be an ever growing source of imports are going to be disappointed," Ross Garnaut, former adviser to the Federal Government on climate change and a former Australian ambassador to China told the ABC.

“A reduction in coal exports to China would reduce Australian incomes and the country's gross domestic product,” Garnaut said.

"China is already the largest greenhouse gas producer in the world and they have severe air and water pollution problems from their coal fired power stations," CEO of the Australian Coal Association Nikki Williams told ABC.

“But significant barriers remain. Investment in infrastructure has become a recurring theme, with many countries — China, India, Germany and Denmark to name just a few — now battling with aging or capacity-constrained grids, as well as balancing issues from increasing intermittency as more renewables are deployed.”

It won’t be just renewable energy that China will be shifting towards, according to Bloomberg, “China is planning to go ahead with 29 nuclear projects, even though it suspended new approvals so it could perform more safety checks.”

Last November, the Chinese government lifted a moratorium and approved four projects. The number of reactors being built is now 29; the most of any country, and 40% of the world’s total.

China is likely to become the first country in which new reactor designs are built and tested at full size. Chief among them is the AP1000—AP stands for “advanced passive”—designed by Westinghouse Electric, the US company now majority-owned by Japan’s Toshiba.

China is also building a pebble-bed reactor, a dream of nuclear scientists since German engineers tried to build one in the 1960s. This kind of reactor should run at extremely high temperatures—900C or more; other reactors operate at around 400C—and use helium as a coolant and graphite instead of water as a moderator, which slows down neutrons in a reactor’s core to increase the chances of inducing nuclear fission.

Construction on the reactor began in December. The design came from Beijing’s Tsinghua University. If successful, it would be the first full-size prototype of this technology.

The Chinese are also testing the radioactive chemical thorium, said to be safer than uranium, as a nuclear fuel. That program was launched in 2011 in Shanghai by former President Jiang Zemin’s son, Jiang Mianheng.

Two options are available to displace the remaining diesel energy.