CALL it Harlem Shake-gate. Fifteen underground miners get sacked for a 31-second video on You Tube performing the latest dance craze underground. There is a clear message here for the sector. Supply Side by Noel Dyson 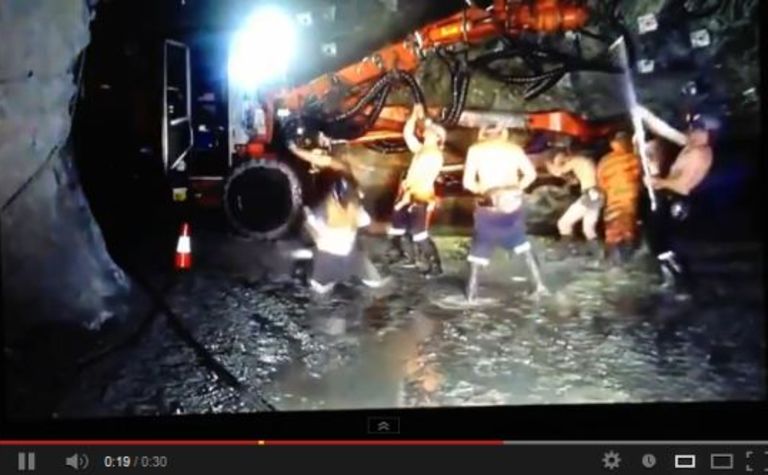 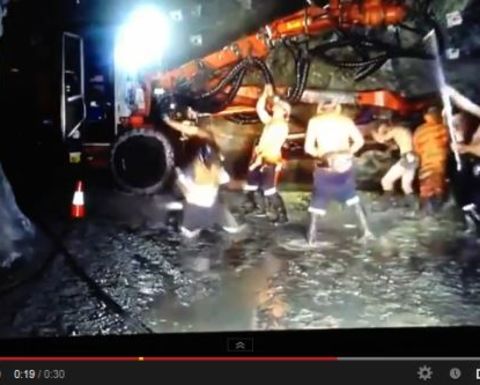 A still from the Agnew video. Courtesy You Tube

That lesson is, to paraphrase an old road safety message: “If you shake and post, you’re a bloody idiot.”

Okay, the workers were reportedly on a break. They were reportedly wearing all of the appropriate personal protection equipment with, in some cases, the exception of their shirts.

They still had their hard hats, boots and self-rescuers on.

They were performing their Harlem Shake under secured ground. It appears the machinery in the background had been idled.

Some of those dismissed reportedly did not take part but watched.

Yet their employers, Barminco and Hahn Electrical Contracting, saw fit to sack them all the same.

No doubt there are many members of the community that feel the miners have been harshly dealt with.

There already have been stories in the press about how the loss of these miners’ six-figure salaries will hurt their families.

However, look at it from the contracting companies’ point of view.

These miners were likely not acting in a way that befitted their respective cultures.

Nor, no doubt, did it fit in with the sort culture of mine owner Gold Fields would want to promote.

Indeed, the fact that some of the miners removed their shirts, lest the Barminco logo be seen in the video, suggests they were aware the company may not be happy with their actions.

There have been various comments from overseas suggesting that the Australian mining industry is populated by a bunch of cowboys and hoons.

Leave aside any cashed-up bogan comments because those that work in the Australian mining industry are widely considered to be among the best in the game anywhere.

There is nothing to suggest that, other than this silly stunt, the Agnew miners were any different.

They basically just got caught but then, posting such evidence on the internet just ensures that will happen.

Their fate is quite similar to a casualty of the planking craze that swept through a couple of years ago.

A BHP Billiton geologist was stood down after a poster was produced highlighting safe planking rules, including that the planker be no more than 60cm above the ground.

That poster was posted on the internet and went viral – just as the Harlem Shaking miners video did.

One of the things BHP took issue with at the time was the fact that the geologist was wearing company uniform in the fake community alert poster.

It was not the sort of thing the major miner wanted associated with its brand.

Industrial law specialist and barrister Maria Saraceni said one of the things the Harlem Shake stunt brought to mind was the question of what these miners actually valued.

“Everybody talks about safety being important but is everybody serious about it?” she asked.

Saraceni also said the issue of company uniform was an important factor in this too.

After all, the shirts miners are issued are part of their PPE.

“They are not complying as they are meant to be wearing a uniform and they are not.”

CALL it Harlem Shake-gate. Fifteen underground miners get sacked for a 31-second video on You Tube performing... 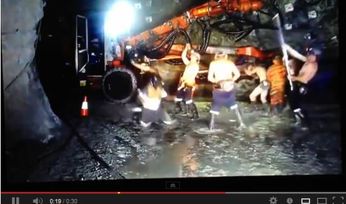 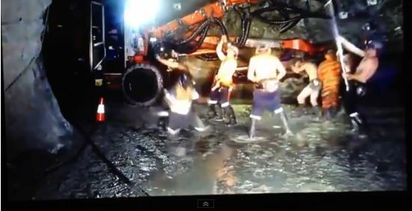